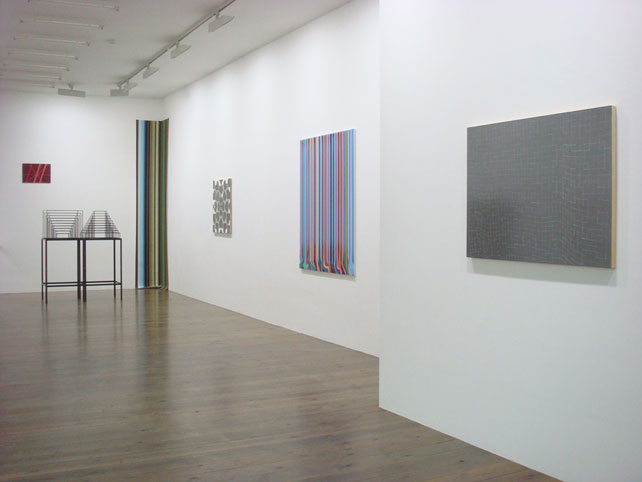 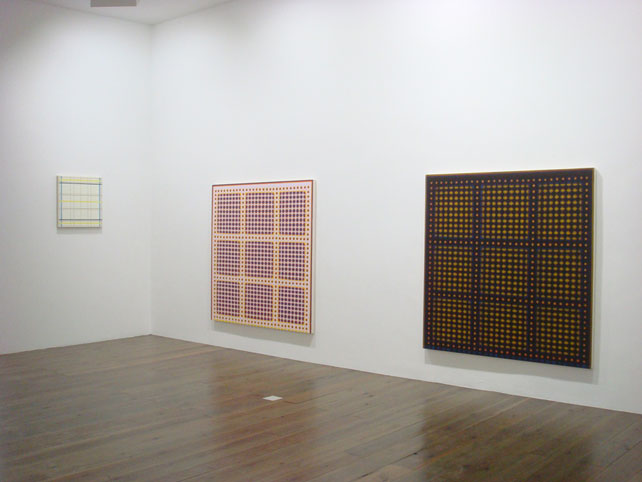 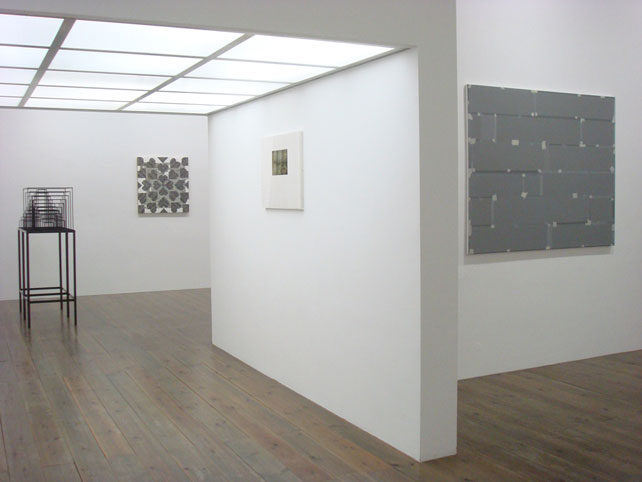 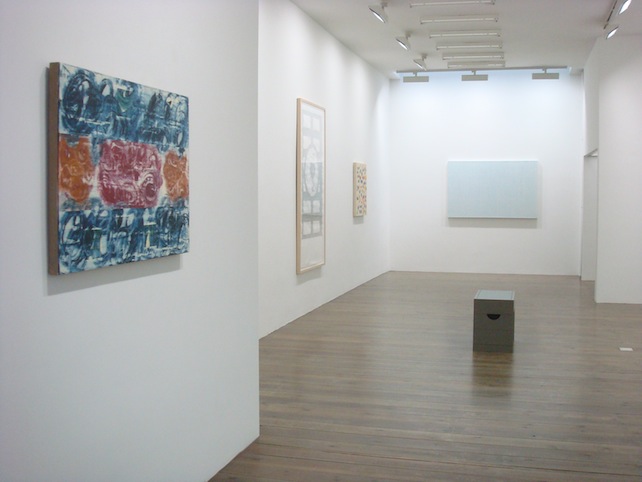 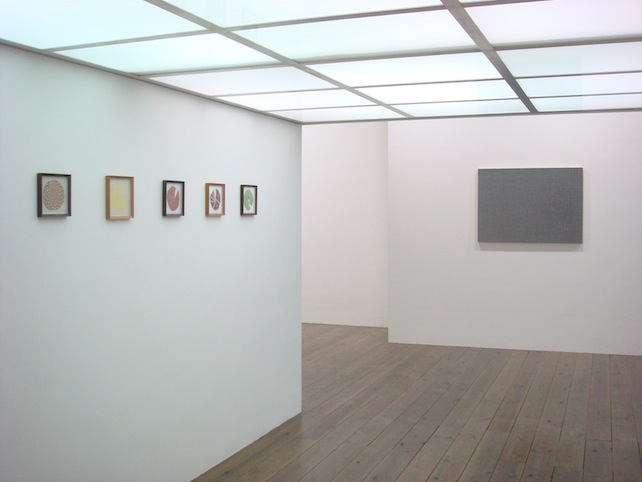 On Saturday 8 January 2011, Slewe Gallery will start out the new year with a group exhibition based on a concept of Steven Aalders:

I went to Zuiderwoude to attend a concert. Morton Feldman's Why Patterns? was being performed. Flute, piano and glockenspiel played individual notes, seemingly unrelated to each other. Only toward the end did the lines converge. Afterwards I cycled home across the dike, the sounds still echoing in my mind. Like a big whitish blue question mark, the IJsselmeer lay to the left, its silvery surface fractured into a fine relief of little waves. Above it moved the clouds in ever-changing formations. Straight lines of polder landscape on the right, dotted with red roofs, and the truncated tower of Ransdorp in the distance. Now and then September light skimmed across the pastures and gave the land a golden blush. "God was great that afternoon," said Nescio, "and benevolent."

Since the beginnings of abstract art, artists have made use of patterns in order to incorporate the problem of figure and background into the two-dimensional surface. They often took inspiration from non-Western visual cultures, as seen in the patterns of oriental carpets or Pre-Columbian objects. Patterns were also employed as independent elements in order to portray growth processes and cycles in nature, as parallels to nature's own manifestations.

The exhibition includes works by twenty five guest and regularly shown artists of the gallery. Patterns, both concrete and ephemeral, set the tone.

On Sunday afternoon 9 January, at 4 pm, the work Why Patterns? by the American composer Morton Feldman (1926-1987) will be performed by the Ives Ensemble in the gallery. Admission is free. (rsvp: info@slewe.nl).