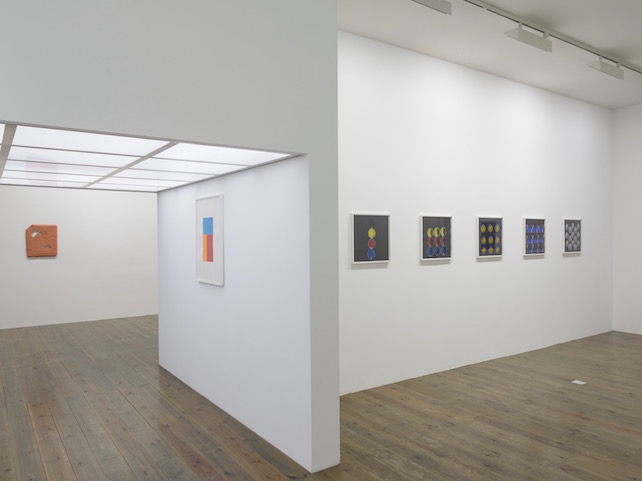 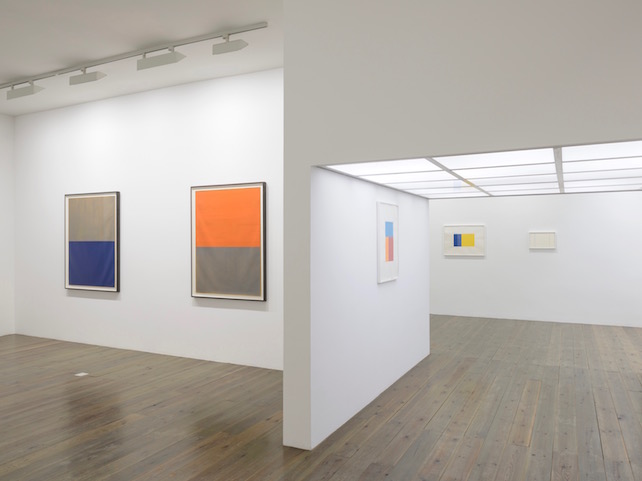 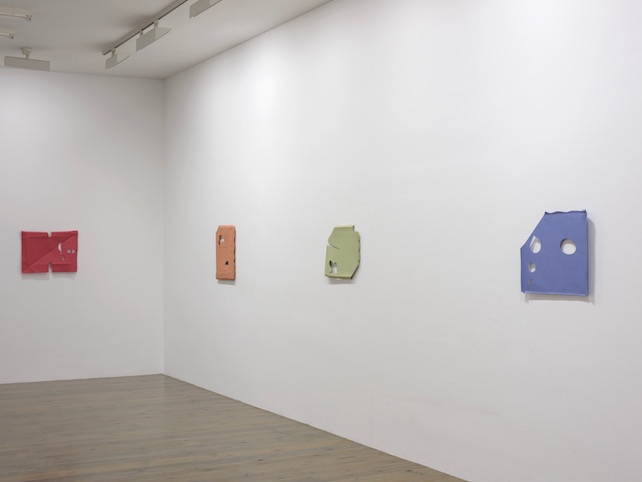 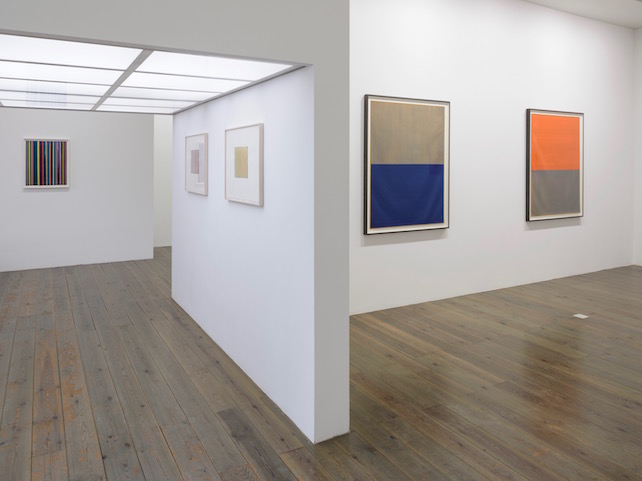 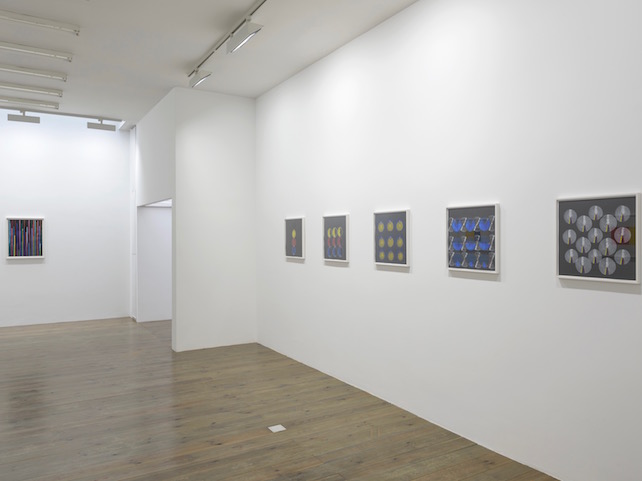 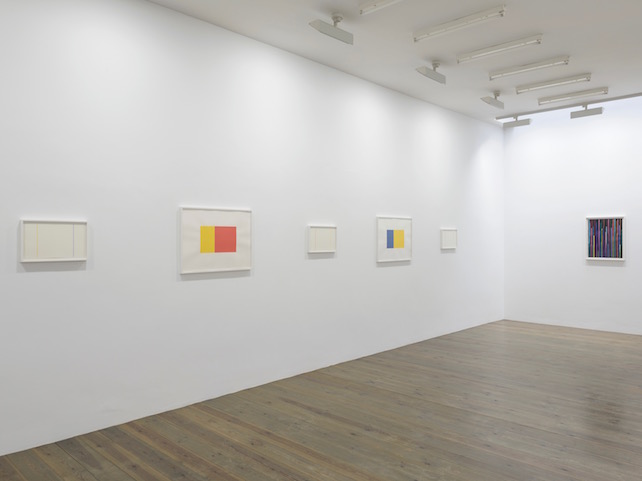 From November 5 until December 17 Slewe Gallery will host the exhibition Works on Paper: Callum Innes, Dan Walsh, Ian Davenport, Paul Drissen, Steven Aalders. All five artists are from the same generation and internationally known as painters, having built up an abstract vocabulary each in their own way. The exhibition will also be on view during Amsterdam Art Weekend from November 24 until 27.

Washing away paint and exposing the ground is characterisitic for the painting process by Scottish artist Callum Innes (*1962). Exhibiting at Slewe Gallery in the late nineties he has currently a solo show at Museum De Pont in Tilburg from October 15 until February 26, 2017. His main gallery is Frith Street Gallery in London.

American artist Dan Walsh (*1960) is known for his playful minimal abstract paintings, in which he explores ‘process generated images’. Having Paula Cooper Gallery as his main gallery in New York, he showed regularly at Slewe Gallery. In Spring 2019 he will have a solo exhibition at the Bonnefantenmuseum in Maastricht.

London based artist Ian Davenport (*1966) is like Innes one of the most important abstract painters of his generation in Britain. With his technique of pouring paint he has reached a refined surface and imagery. Very thin lines and subtle colors are a result of his highly controlling hand and esthetic eye. Since the start of his career he is represented by Waddington Custot in London.

Paul Drissen (*1963), who lives and works in Maastricht, makes paintings with a collage technique and with casein tempera on canvas. He uses elements from the modernist tradition in an almost nostalgic way. His works has been collected by Bonnefantenmusuem Gemeentemuseum The Hague and Stedeijk Museum Amsterdam a.o.

The geometric abstract painting by Steven Aalders (*1959) are traditionally made with oil paint on linen, in which the heritage of modernism of Mondrian and the American Minimal Art has been processed. His work had been included in the by Rudi Fuch curated show Excitement in the Stedelijk Museum Amsterdam last Summer.

The exhibition will also be on view during Amsterdam Art Weekend from Novemer 24 until 27. For more information please visit www.amsterdamart.nl