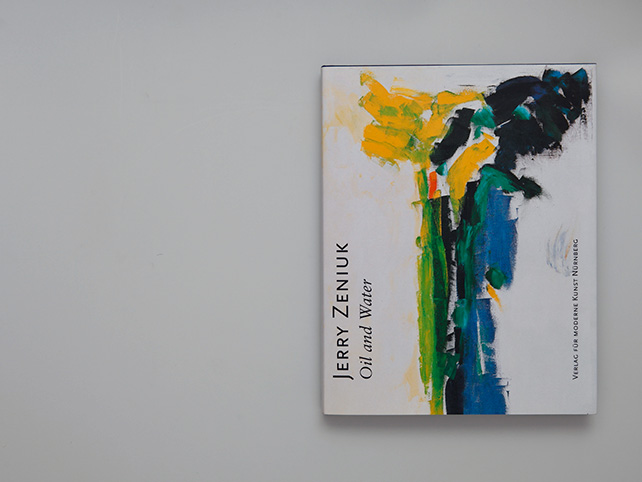 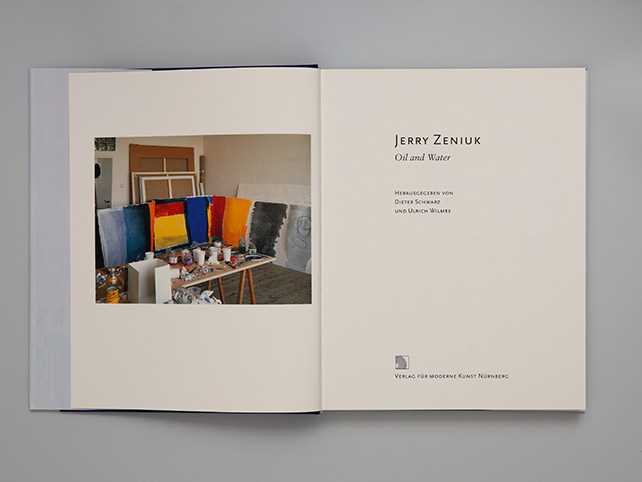 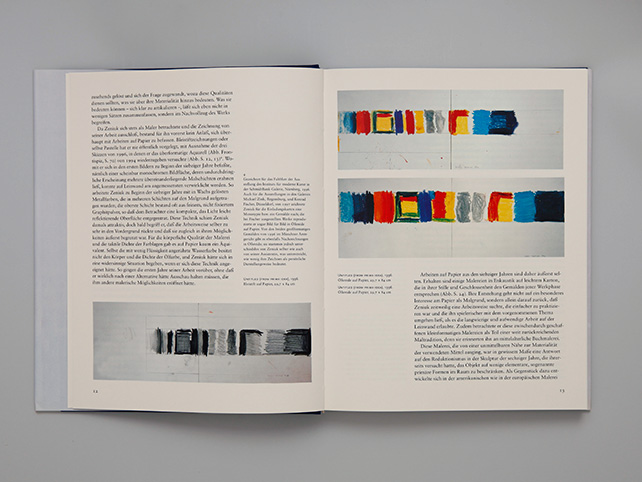 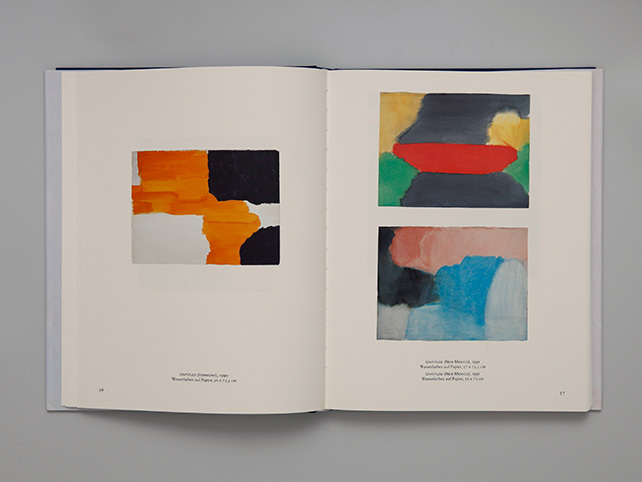 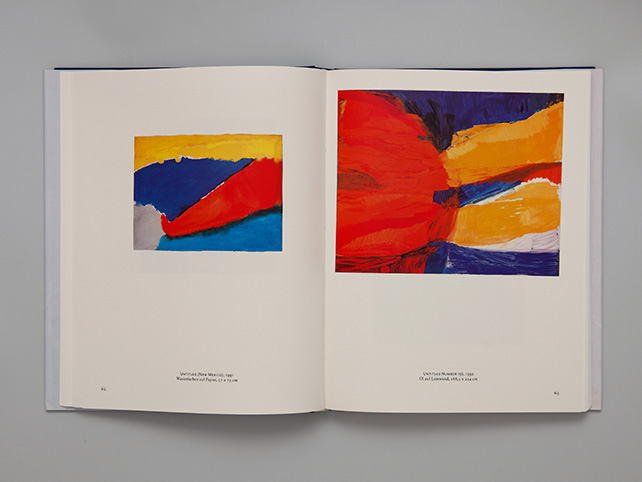 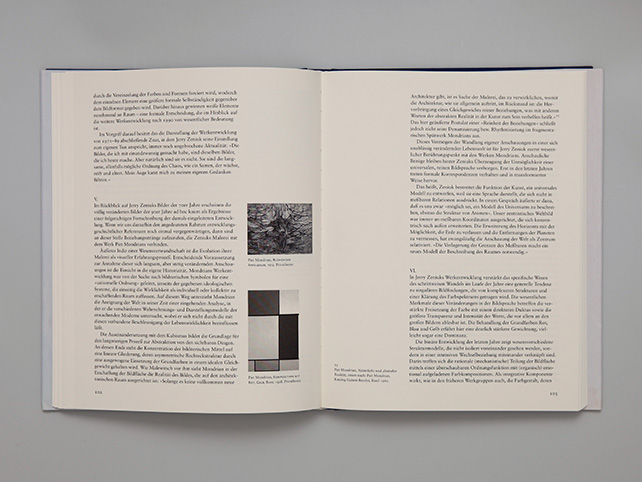 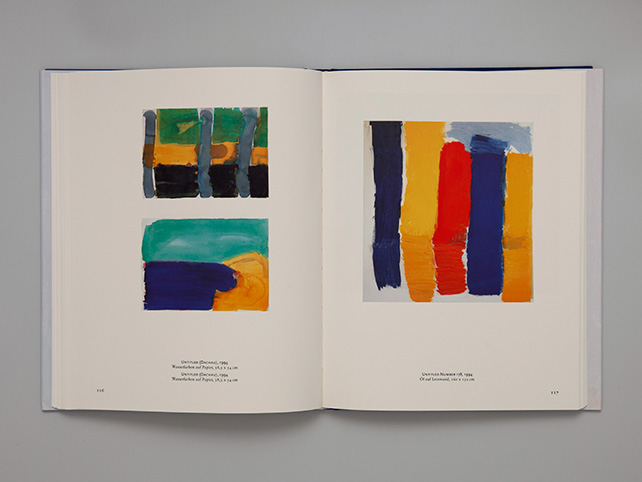 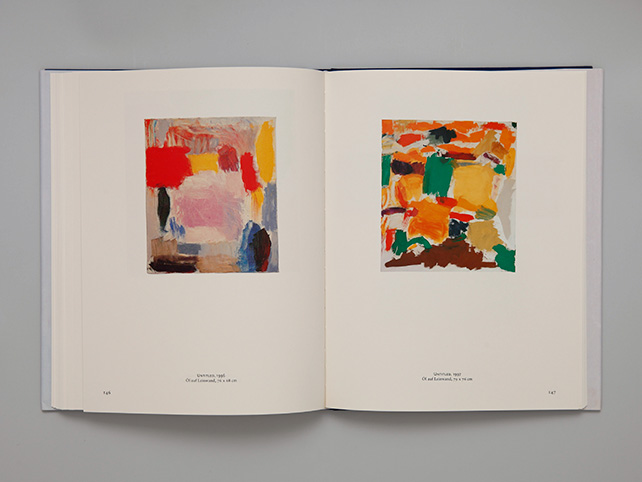 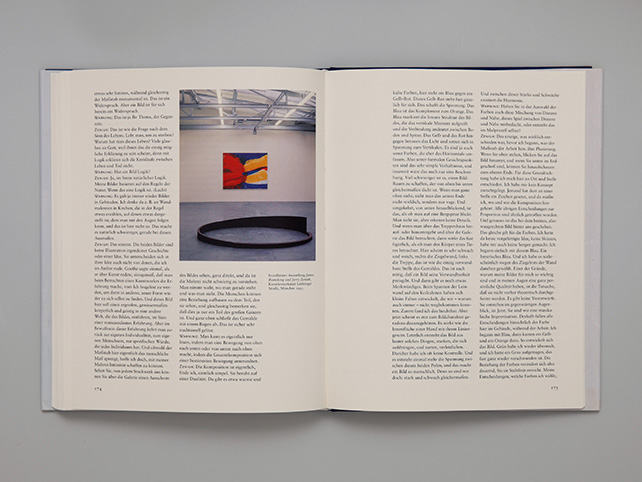 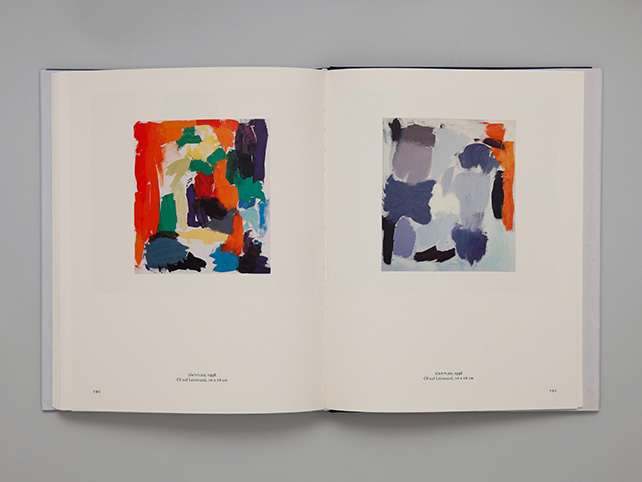 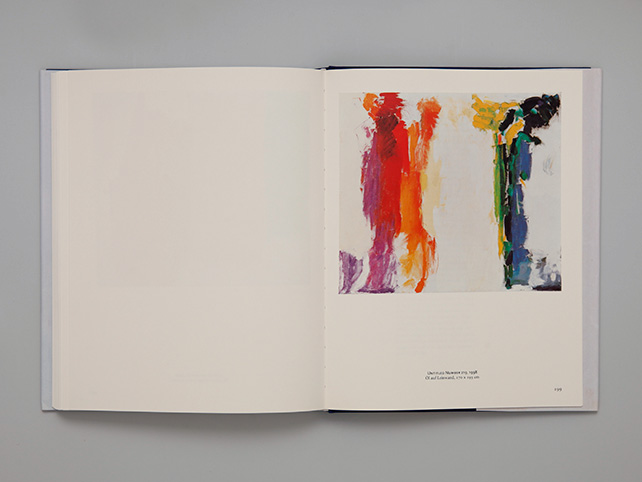 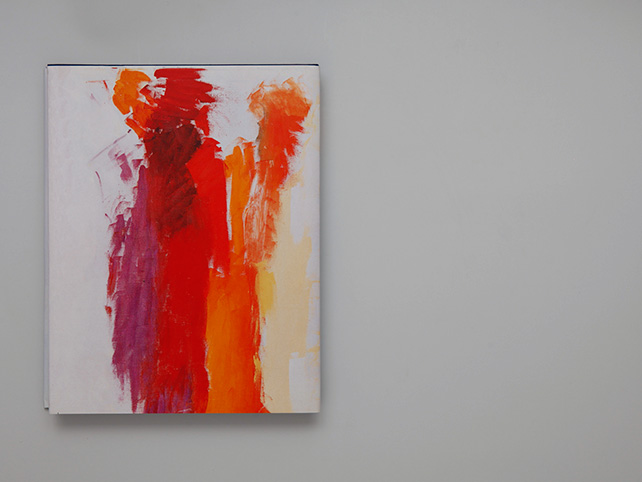 Jerry Zeniuk, Oil and Water has been published by Verlag für Moderne Kunst, Nürnberg, on the occasion of an overviewing exhibition of his paintings at the Städtische Galerie im Lenbachhaus, München, from January 27 until April 11, 1999, and his watercolors at Kunstmuseum Winterthur (CH), from January 16 until March 28, 1999.