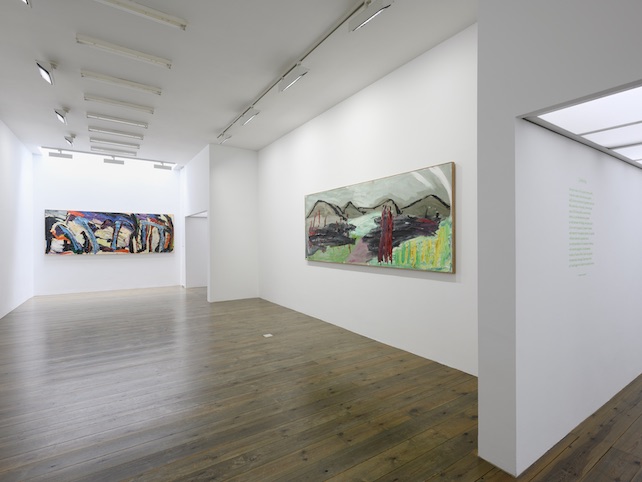 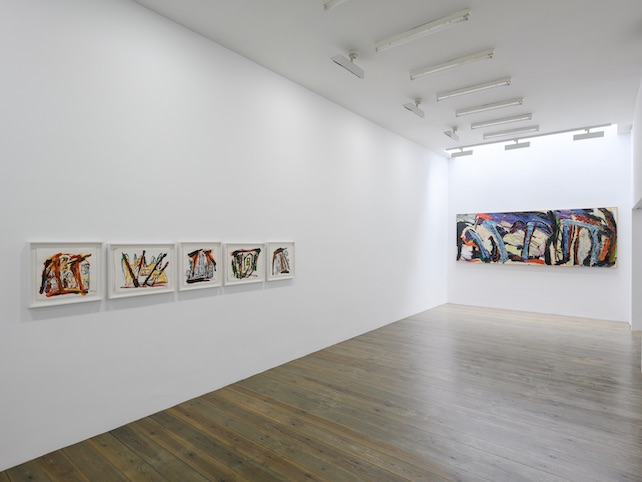 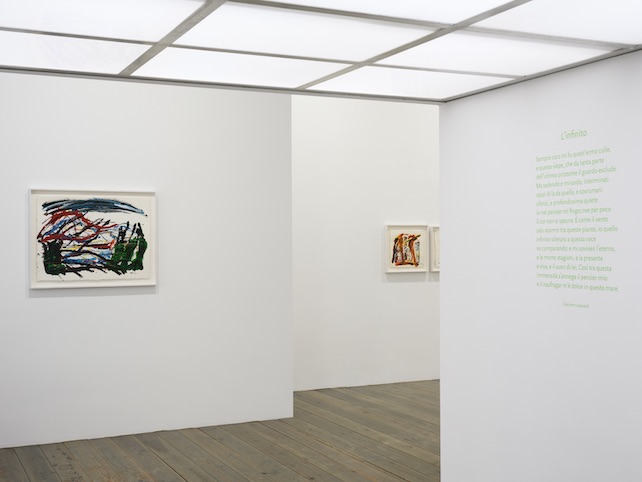 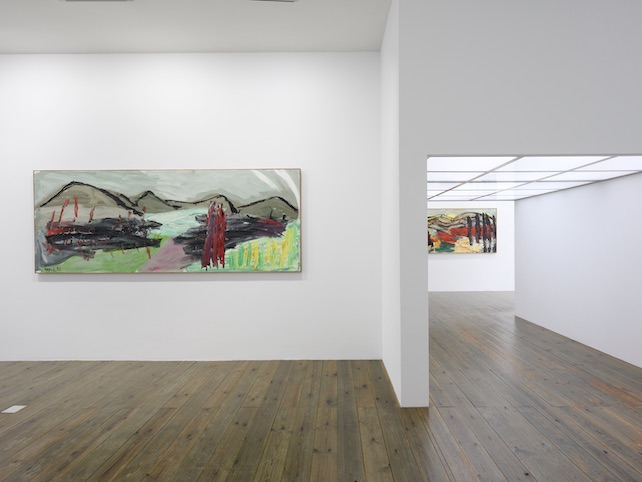 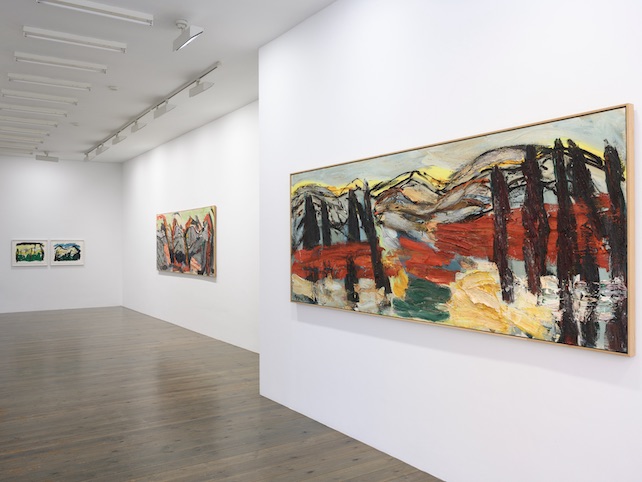 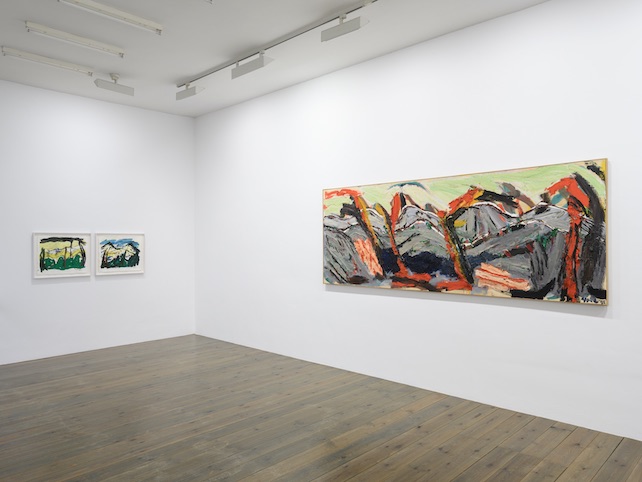 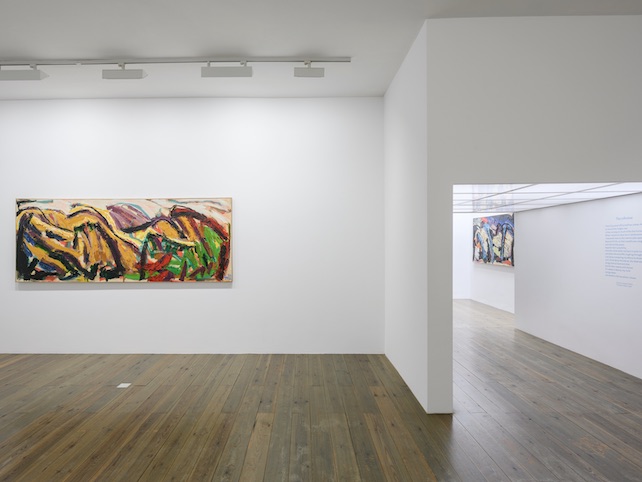 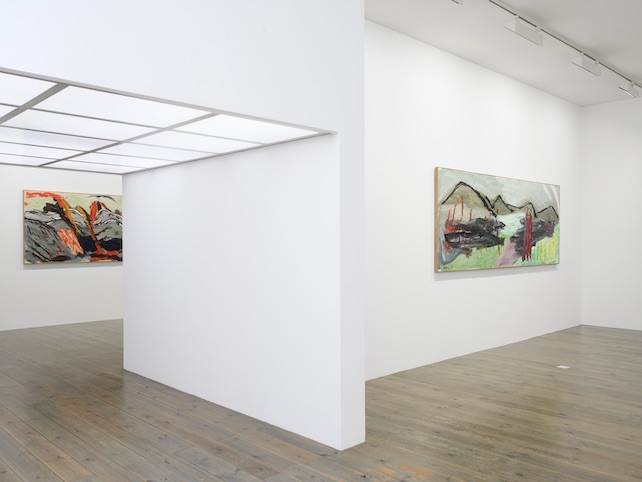 This year it is 100 years since the birth of the most famous post-war Dutch artist, Karel Appel (1921–2006). To mark this occasion, Slewe Gallery is pleased to host Horizon of Tuscany, an exhibition of work by Appel. This will open during the weekend of his birthday, April 25, and the works will remain on view until June 27, 2021. The exhibition has been arranged by Rudi Fuchs, the former director of the Stedelijk Museum and a close friend of Karel Appel, and organised in collaboration with the Karel Appel Foundation. It will be accompanied by a catalogue, designed by Rutger Fuchs. Also, you can listen to a conversation between Harriet Appel-de Visser, Appel's widow, and Robert van Altena on this exhibition here.

The exhibition will show a selection of five paintings from Appel’s Horizon of Tuscany series from 1995, when the artist was 74 years old. The works all have an elongated format, measuring 115 x 300 cm, and are in the artist’s late style. In the nineties, Appel, known for his baroque expressionist painted figures and nudes, concentrated on the landscape as a subject. This was a motif he had not previously explored in such depth. Living in Tuscany at the time, he started to paint a number of landscapes ‘after nature’, featuring the hills and cypresses around the house. The motifs of trees and hills are absorbed into an all-over pattern of rhythmically applied brushstrokes. A waving, pulsating surface arises, like a colourful tapestry. In addition to these paintings, some works on paper based on the same theme and from the same period will be on display.

Appel’s late-style works have been receiving increasing international interest, with exhibitions at Blum and Poe in Los Angeles, Max Hetzler in Berlin, Jahn und Jahn in Munich and Almine Rech in Paris. Slewe Gallery has previously shown Appel’s work in 2011, in the exhibition Couplet 7, curated by Rudi Fuchs, and in 2016, with a group of abstract paintings from 1978–1980, entitled Reset. The forthcoming exhibition, Horizon of Tuscany, at Slewe Gallery is part of a series of activities to mark the 100th anniversary of Appel’s birth. The celebrations started at Galerie Max Hetzler in Berlin with an exhibition of his sculptures; this summer Jahn und Jahn will publish a catalogue, entitled Karel Appel, Collages from 1957–1968; and in September EenWerk in Amsterdam will show two of his object paintings from the eighties.