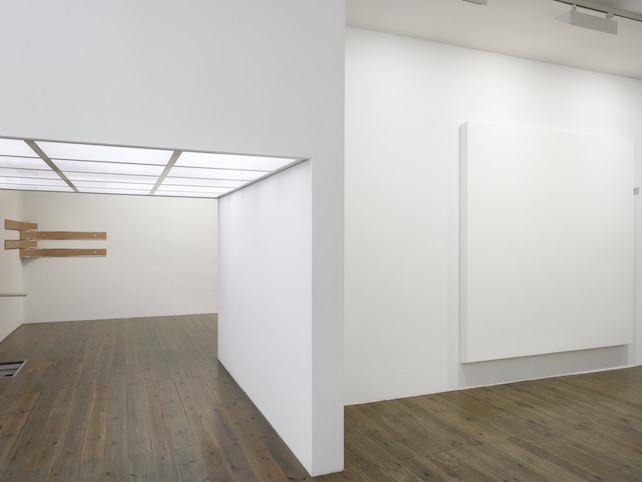 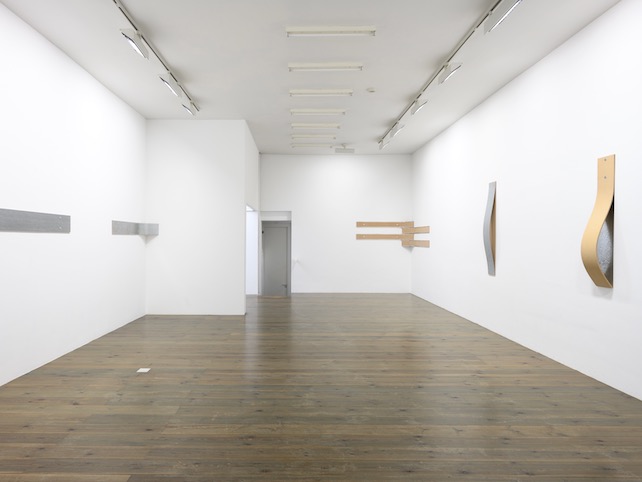 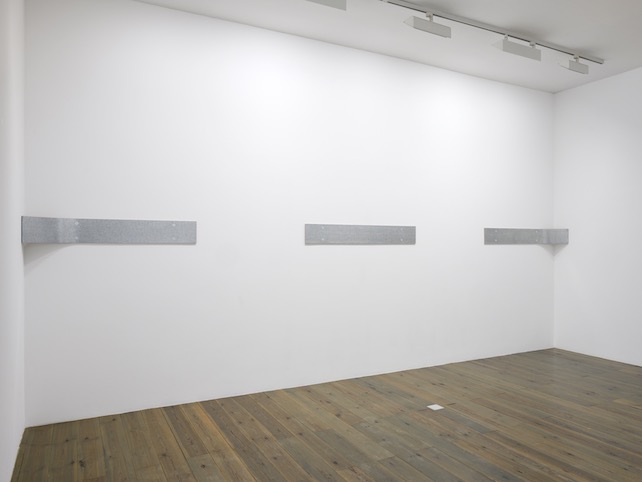 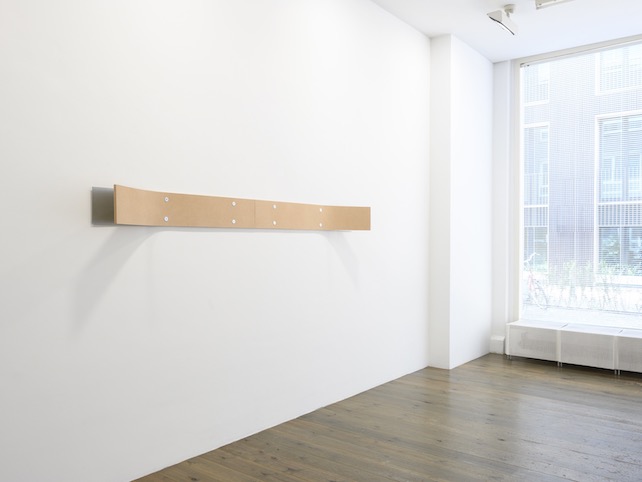 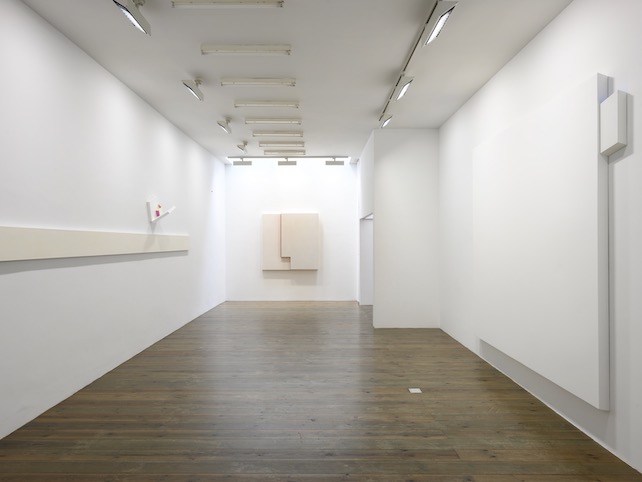 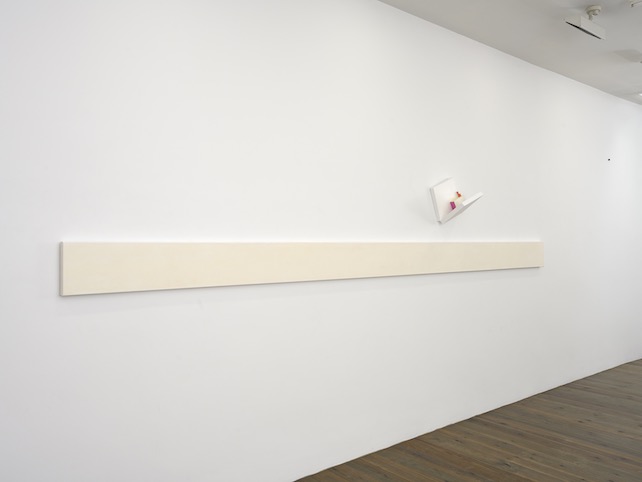 Slewe Gallery will celebrate her 25th anniversary in October. During that period the gallery gives room to two solo exhibitions. In one of the gallery spaces Amsterdam based artist Alice Schorbach, who was the first exhibitor at Slewe 25 years ago, will show new works. The other space features recent works by British sculptor Lesley Foxcroft. For Foxcroft it will be her first show at Slewe Gallery. Both artists share a fundamental approach to their medium and their delicate simple works relate to space and light of the architecture. The exhibition opens Friday September 20 and lasts until November 2.

Lesley Foxcroft is known for her works created in MDF. But she also uses other ordinary materials, such as rubber, card and paper. Her use of these ordinary, everyday products, is an integral part of her expression as a whole: “I like the idea that the uncomplicated has a purpose: that the material does not give a sculpture its value, it is the artist that does'. By methods of folding, cutting, pressing and stacking Foxcroft arranges the material on the floor and up walls to create a dialogue between the two; her installations thereby make the commonplace aesthetic and the two-dimensional architectural. For her show at Slewe Gallery she will exhibit works created from MDF and galvanzied iron. Foxcroft, born in 1949, studied at Camberwell School of Fine Art and has had numerous solo and group shows throughout the UK and Europe from 1974 onwards. You can listen to an interview with Lesley Foxcroft on her exhibition on line here.

Alice Schorbach’s works consist of geometric, abstract combinations of canvas-stretched wooden frames that assume an object-like character. On first glance one sees a monochrome surface comprised of a variety of shades of very light whitish colour that the artist has applied in several coats of paint with great care and precision. The different components within the works vary in size and thus the incidence of light and the effect of shadow play an important role. The colour applied to the sides of the paintings attains a free, independent existence both on the underlying wall and in the architectural space in which the works are presented. Schorbach, born in 1940 in Kassel (DE), lives and works since 1970 in Amsterdam. In 1976 she won the European Prize of Painting and in 1977 she participated at the Documenta VI. In 2007 she had a solo show at the Rijksmuseum Twenthe, on which occasion a catalogue was published. You can listen to an interview with Alice Schorbach on her exhibition on line here.

At Huize Frankendael in Amsterdam the exhibition Private View, 25 Years Slewe will be on view from October 6 until November 24, celebrating the 25th anniversary of the gallery. The exhibition consists of a selection of works by the artists shown at the gallery through the years. They are installed in the salon rooms and garden of this 18th century building. On the occasion a catalogue is published with an overview of all gallery’s exhibitions. It is designed by Irma Boom, who was responsible for all graphic design of the gallery through the years. You can visist the exhibition at Huize Frankendael, Middenweg 72, Amsterdam, every Sunday from 2 to 5 pm or by appointment.