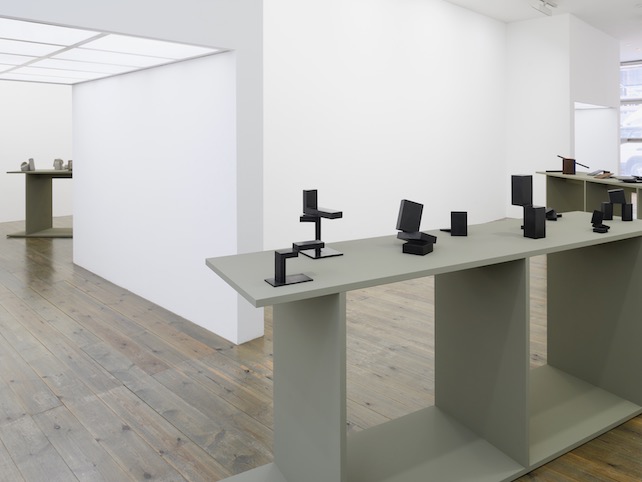 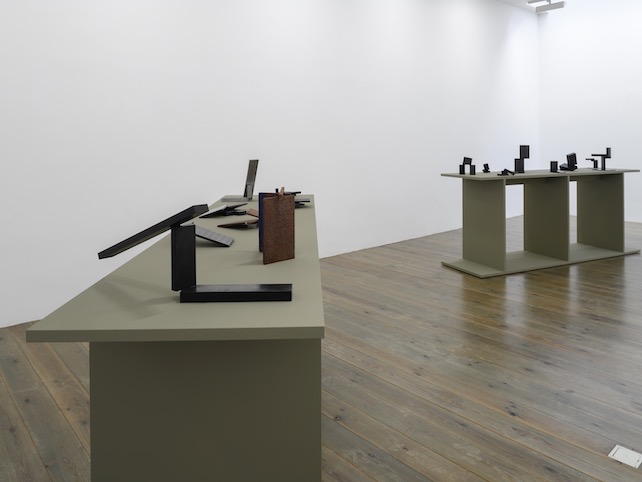 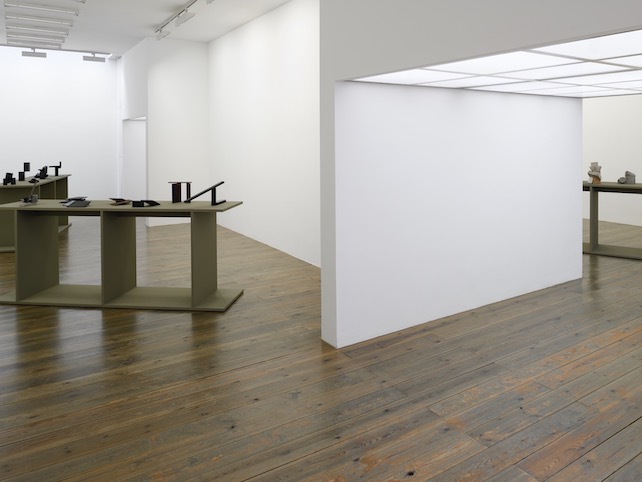 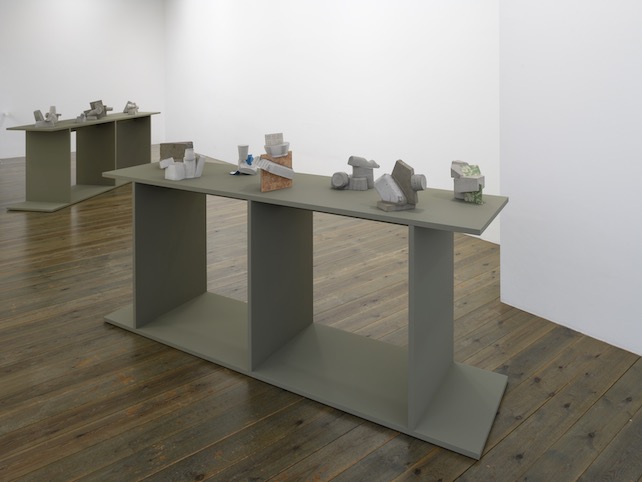 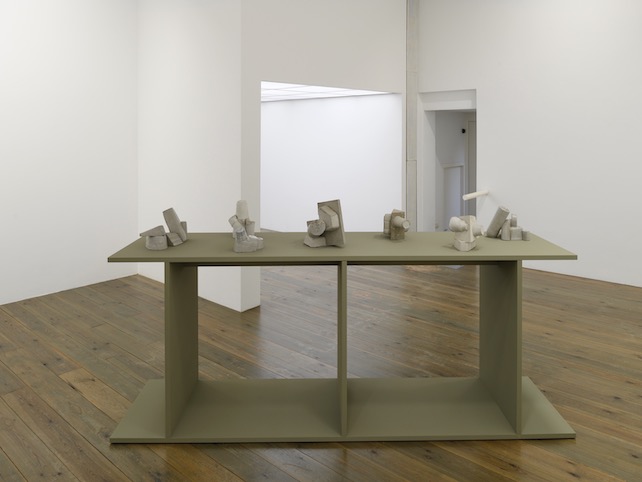 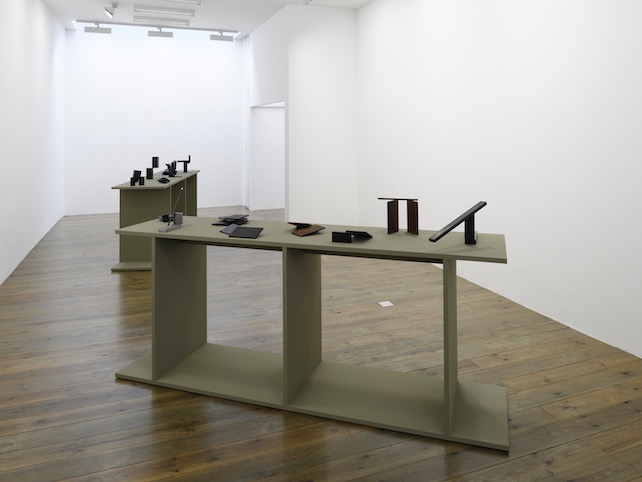 Slewe Gallery is pleased to announce the opening of the exhibition of small sculptures by two Dutch artists: Ruud Kuijer and Lon Pennock. Both artists are known for their large-scale outdoor (public) abstract sculptures throughout the Netherlands. Kuijer works in concrete and Pennock in steel. The exhibition will be opened by Rudi Fuchs on Saturday January 19 and will run until February 23. You can listen to an interview (in Dutch) realized by Robert van Altena with both Lon Pennock and Ruud Kuijer on their exhibition now on line.

Known for his series of large concrete sculptures along the banks of the Amsterdam Rijnkanaal in Utrecht, the so-called Waterworks, Ruud Kuijer has made a series of small cast concrete sculptures in the past few years. For these casts he uses plastic waste material, such as ordinary plastic bottles and boxes that we use every day. The forms of these found objects are stacked and linked into his abstract assemblages. His fascination for concrete as material for his sculptures began soon after his study. The artist considers it a sustainable material and a modern variant of bronze.

Kuijer, born in 1959 in Schalkwijk (NL), lives and works in Utrecht. He studied at the Koninklijke Academie voor Kunst en Vormgeving in Den Bosch and the Jan van Eyck Academy in Maastricht. His works are collected internationally by private and corporate collectors, as well as museums, such as the Centraal Museum in Utrecht and Museum Beelden aan Zee in Scheveningen. In the summer of 2017 several of his works were included in Art Zuid, the international sculptural route in Amsterdam curated by Rudi Fuchs.

Lon Pennock works with steel. He makes small and large abstract sculptures. These look stunningly simple thanks to his use of just a few basic geometric forms, such as blocks, sheets, rods and spheres. He welds these forms into an abstract composition, as if it were found by chance, playing with the sculptural principles of weight, rhythm and mass. The titles of his sculptures refer to these basic sculptural themes of balance, stack, bridge, wall, gate etc.

Pennock was born in 1945 in The Hague. After his study at the Koninkljke Academie voor Kunst en Vormgeving in The Hague and the École Nationale Supérieure des Beaux-Arts in Paris in the sixties, he soon moved away from his traditional figurative practice towards a more abstract, and minimal sculpture. He became known for his large outdoor minimal corten steel sculptures that can be found in Rotterdam, Schiedam, The Hague and Amsterdam, among others. His work has been shown and collected internationally by both private and public collections, such as the Gemeentemuseum The Hague. In 2019 he will have an exhibition at Museum Kaiserslautern. He lives and works alternately in The Hague and Nettersheim in Germany.