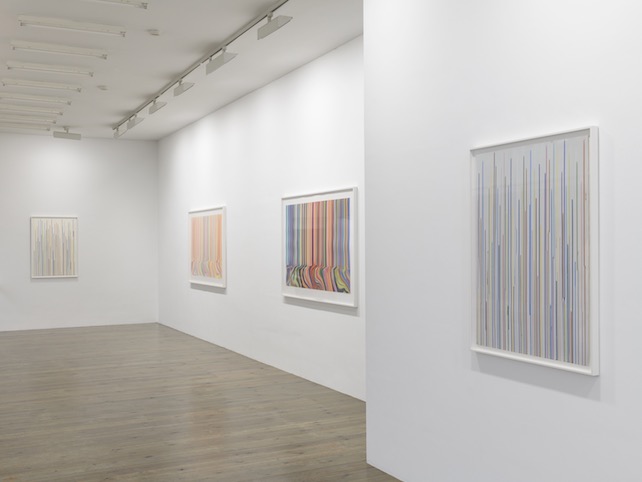 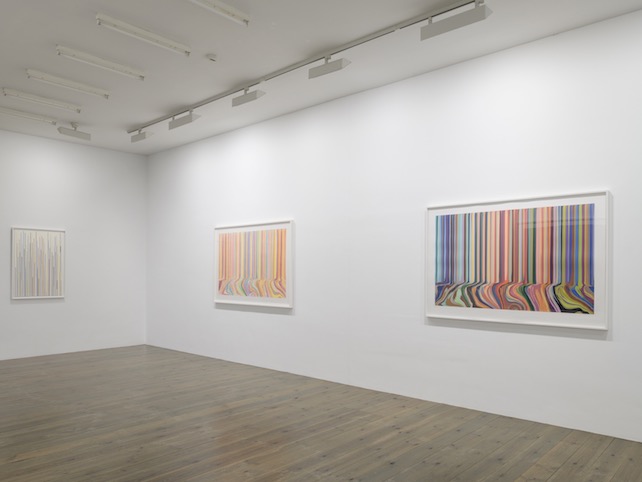 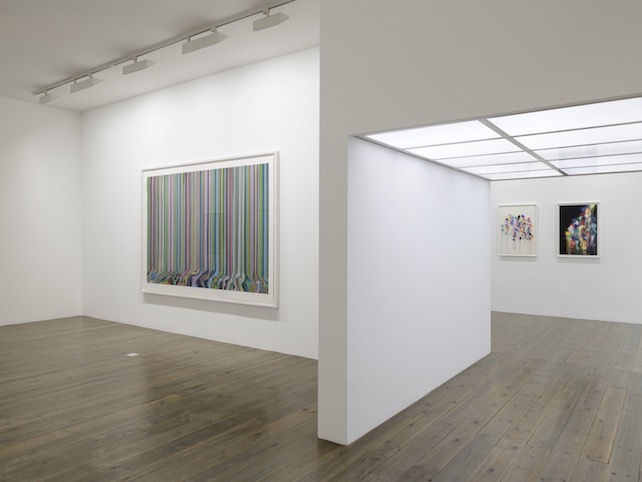 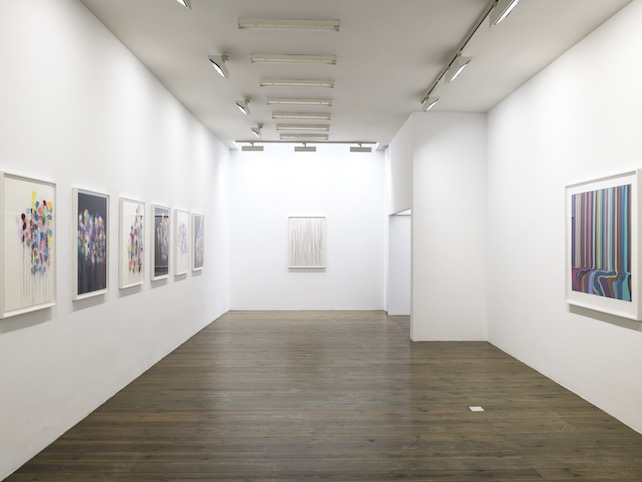 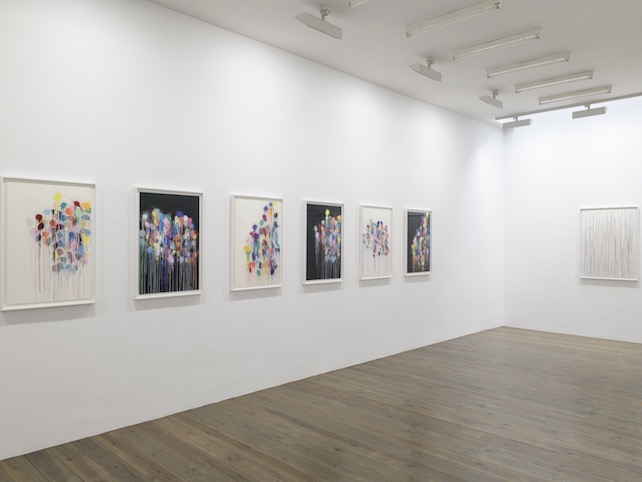 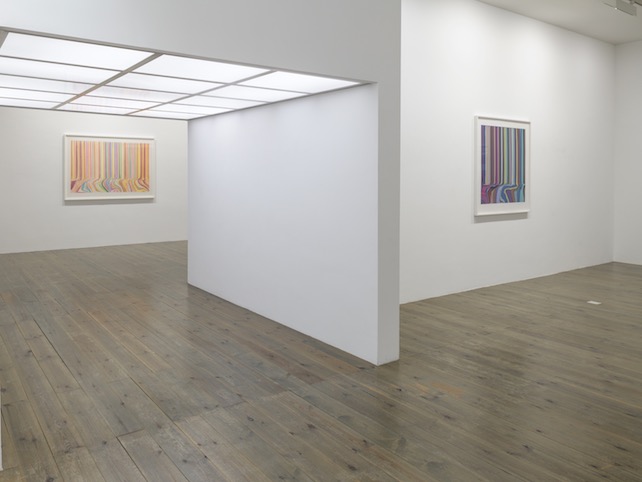 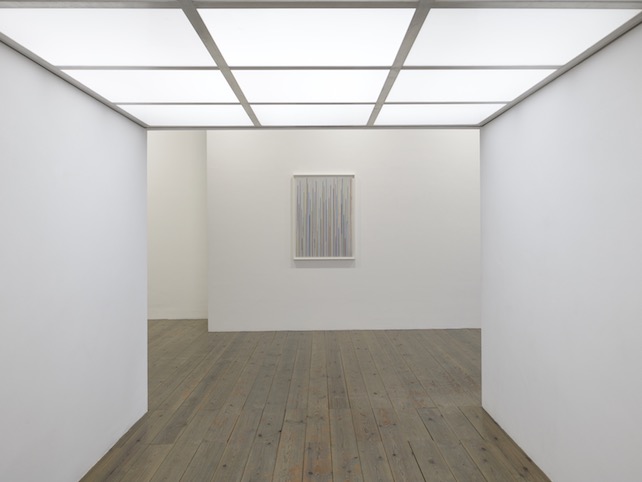 Slewe Gallery is pleased to present new works on paper by British artist Ian Davenport. The exhibition opens Saturday January 13 and will run until February 24.

For his fourth exhibition at Slewe Gallery, Davenport will show a new series of large colour etchings on paper, which he made in collaboration with Alan Cristea Gallery in London. They consist of both mono prints and editions of his famous poured images. Highlights include the monumental Poured Triptych Etching Ambassadors (After Holbein) of 177 x 255 cm, his largest print to date, of which the colours are abstract interpretations of the colours used in Holbein’s famous painting The Ambassadors, on display at the National Gallery in London, and a new series of silk screen prints featuring a new addition, coloured ‘splats’ of paint, to his process. These prints are accompanied by some recently made unique drawings, entitled Staggered Lines.

Davenport is one of the most important British abstract painters of his generation, who is interested in the process of painting. Characteristic for his technique is pouring paint. He has been practising this method over the years, reaching a refined surface and image. Very thin lines and subtle colours are a result of the highly controlling hand and aesthetic eye. Colour becomes more and more the main subject in his work. The images derive from the act of pouring and range from arches, circles to lines which pool to form puddles at the bottom of the composition.

Ian Davenport lives and works in London. He was born in Kent in 1966. He graduated from Goldsmiths College of Art in 1988 and as one of the generation of Young British Artists, he participated in the seminal 1988 exhibition Freeze. In 1991 he was shortlisted for the Turner Prize and in 1990 he had his first solo exhibition at Waddington Galleries, where he still exhibits on a regular base. In 2000 he had a solo exhibition at the Tate Liverpool and in 2004 an overview at the IKON Gallery in Birmingham. In 2014 a monograph of his work was published by Thames & Hudson. Davenport has exhibited extensively across the world and his work is held in numerous public collections including a.o. Tate, London, Dallas Museum of Art, Dallas, Museum of Modern Art, La Spezia, AkzoNobel Art Collection, Amsterdam and Caldic Collection/Museum Voorlinden, Wassenaar. Since 2001 he shows regularly at Slewe Gallery.