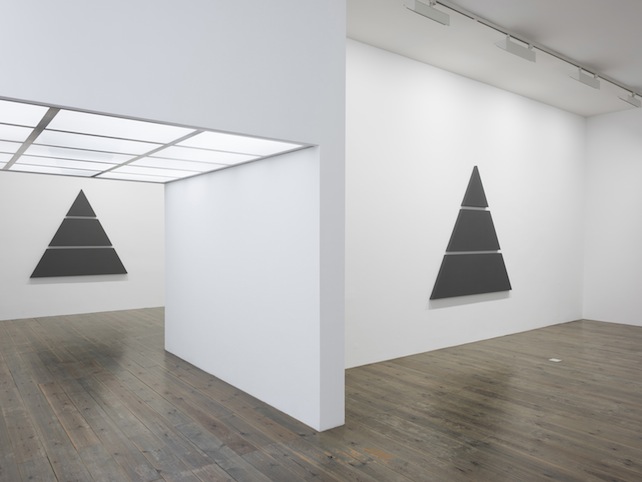 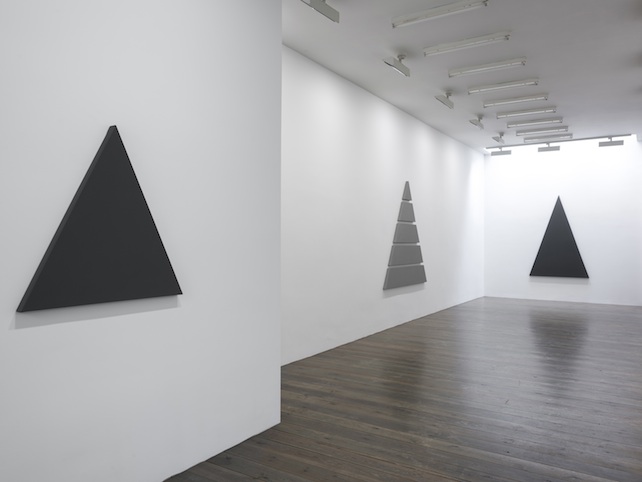 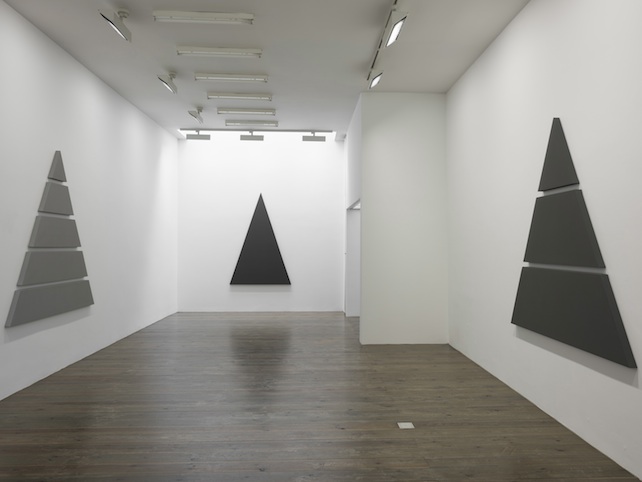 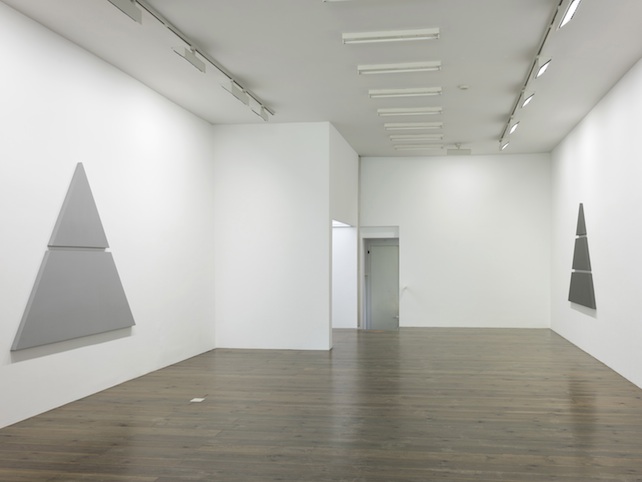 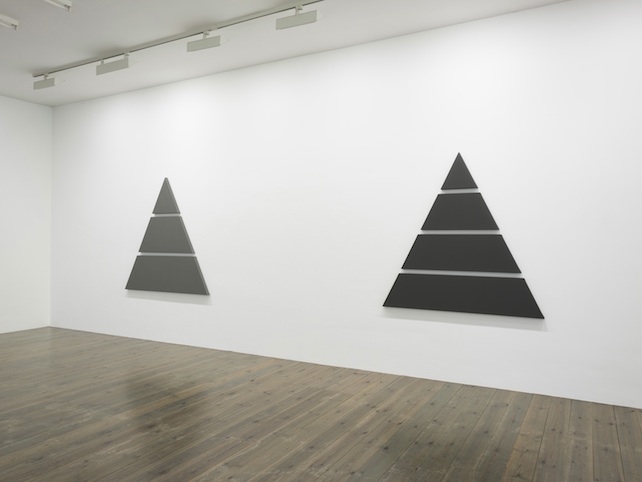 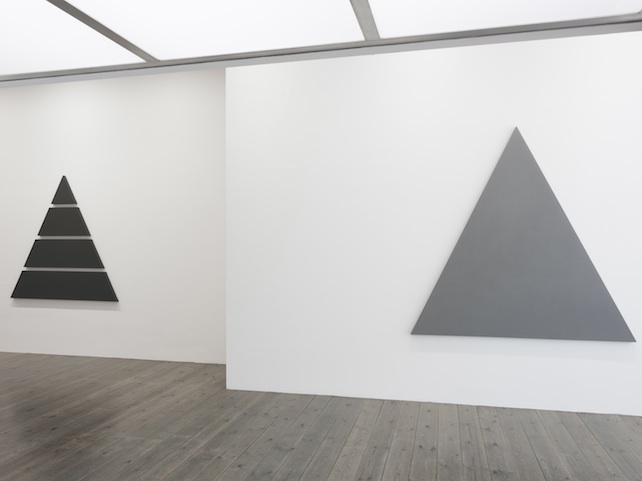 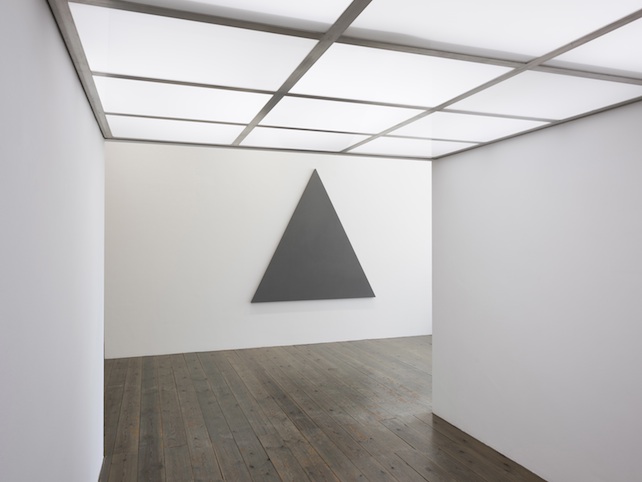 Slewe Gallery is pleased to announce the opening of the exhibition with new works by the British artist Alan Charlton (*1948, Sheffield). The exhibition will show his new Triangle paintings, specially made for this occasion. It will open Saturday May 16 and will last until June 20, 2015. It is his second show at Slewe Gallery.

Alan Charlton is one of the most famous representatives of the minimal and conceptual art in England. For more than 40 years his work consists of pure monochrome grey paintings, made with acrylic paint on canvas. When he was twenty-one years old, while still studying at the Camberwell School of Art, he took the decision to make only grey paintings. For Charlton the colour grey is the most emotional and diverse colour. All his works are based on the module of 4,5 cm. Their balanced compostions of mostly several grey panels give the paintings a monumental and specific expression.

Since the seventies Charlton had numerous important museum and gallery shows internationally. In the Netherlands he had solo shows at Art & Project and at the Stedelijk Museum Amsterdam and Van Abbemuseum, in Germany at Konrad Fischer Galerie and at Musuem Kurhaus Kleve a.o., in Italy at Castello di Rivoli, Torino, in Switserland at galerie Tschudi and in London at Annely Juda Gallery and at the Tate Gallery. His work has been collected worldwide by prestigious public and private collections.