Artists of the Gallery 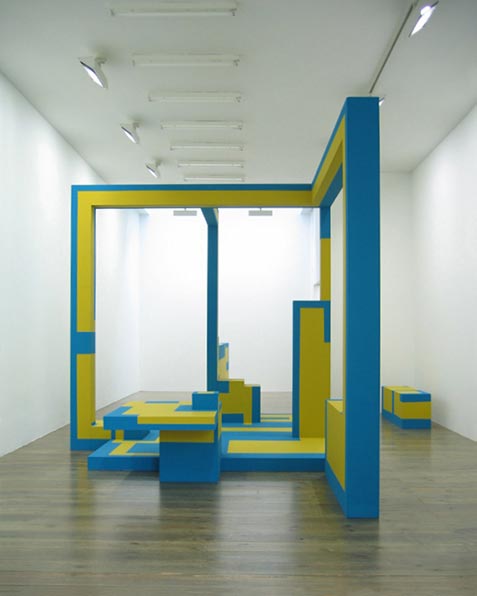 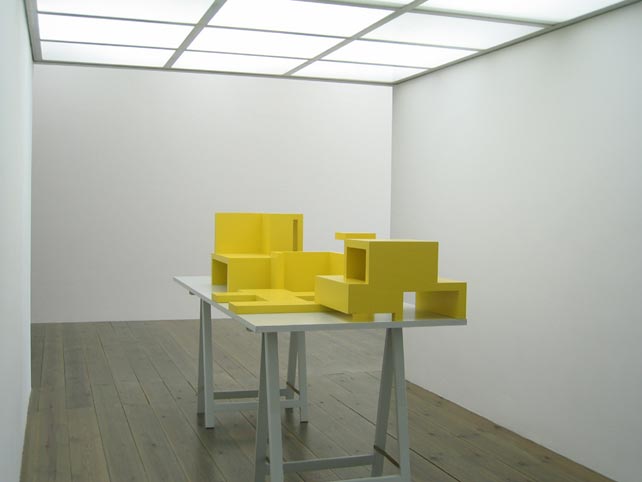 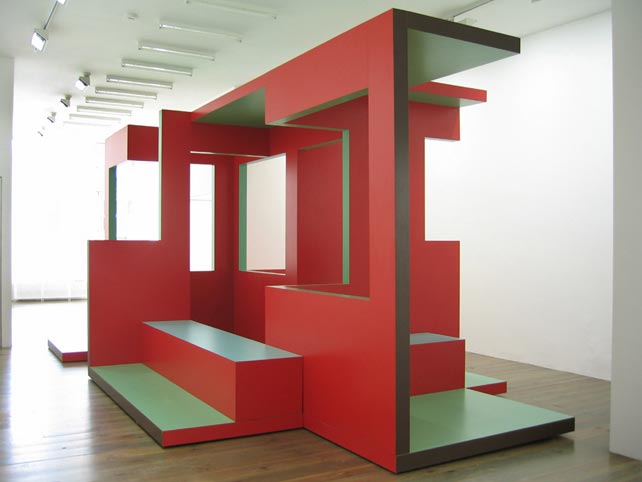 Slewe Gallery is proud to announce the opening of the exhibition with new works by Dutch artist Krijn de Koning on Saturday November 17. The exhibition will run until December 22, 2007. On December 1 Krijn de Koning will receive the prestigious Sikkens Prize in Rotterdam. On this occasion a comprehensice catalog has been published by Veenman Publishers, giving an overview of more than 10 years work. On Saturday December 8 there will be a book launch at the gallery.

De Koning, born in 1963 (NL) deals with the question how we experience architectural space. Most of the time De Koning creates site-specific work that questions the specific characteristics of a given location. More than spatial interventions these works are homogenous structures that can best be defined as sculpture, but also incorporate the qualities of painting and architecture.

De Koning studied at the Ateliers 63 in Haarlem (NL) and institut des Hautes Etudes en Art Plastiques in Paris. He participated in many international exhibitions. His work has been collected by several important private collections, such as the collection of Jean-Philippe & Françoise Billarant and public collections, such as the Stedelijk Museum Amsterdam, Museum Boijmans van Beuningen and Centraal Museum in the Netherlands and the FNAC and FRACs in France. 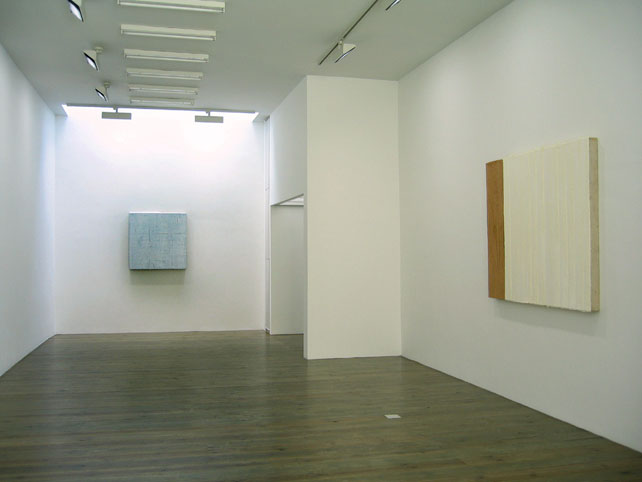 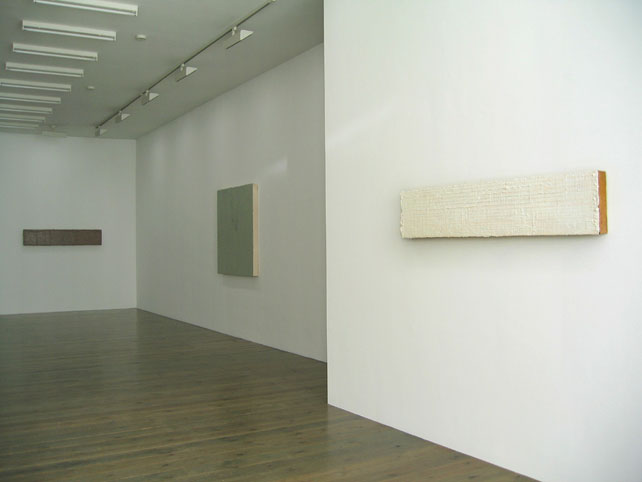 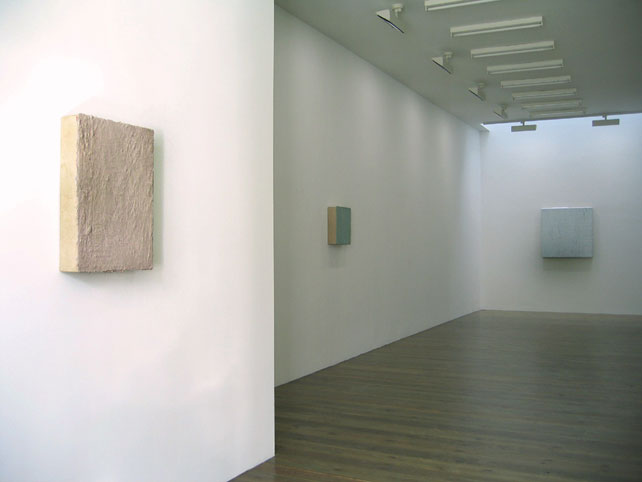 Slewe Gallery is pleased to announce the exhibition with new paintings by British artist Zebedee Jones. The opening will be Saturday October 13 and will run until November 10, 2007.

The paintings by Zebedee Jones are built up by adding and scraping off various layers of paint. They look more sculptural objects as the edges are bordered by thick curls of paint. Color is an important subject but also the attention paid to the skin of the painted surface. His paintings look monochrome at first but show subtle differences in color later. These subtle shades of color along with the highly tactile surface give the paintings a strong expression.

Jones was born in 1970 in London, where he still lives and works. After his study at Camberwell College of Art and later Chelsea College, he started showing at Karsten Schubert in 1995, later at Waddington Galleries and recently at Adrew Mummery Gallery in London. He had also a show at Danese in New York. Since 2001 he exhibits regularly at Slewe Gallery.

Artists of the Gallery: 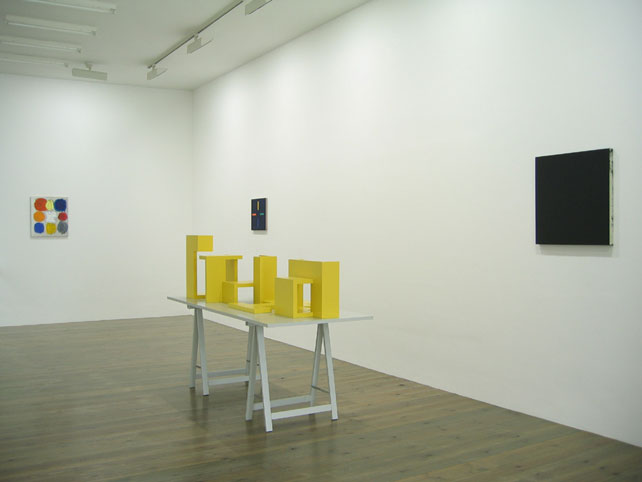 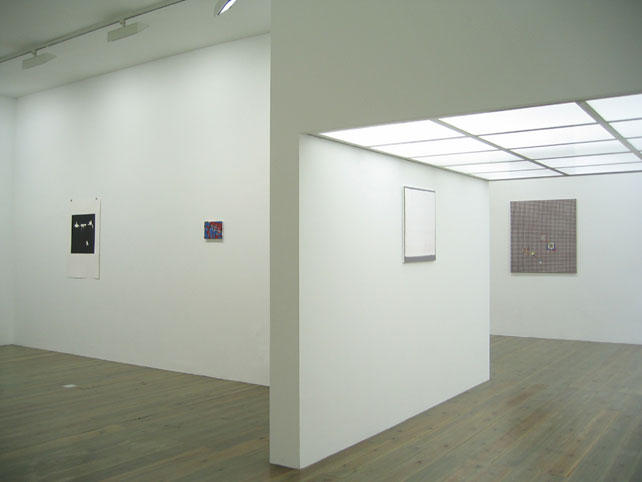 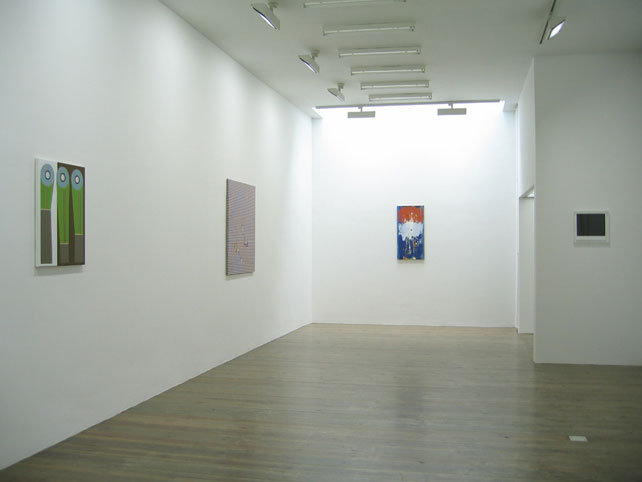 'Hemel, polder, dorp, eiland', a group exhibition with artists of the gallery at Slewe Gallery from September 8 through October 6, 2007. 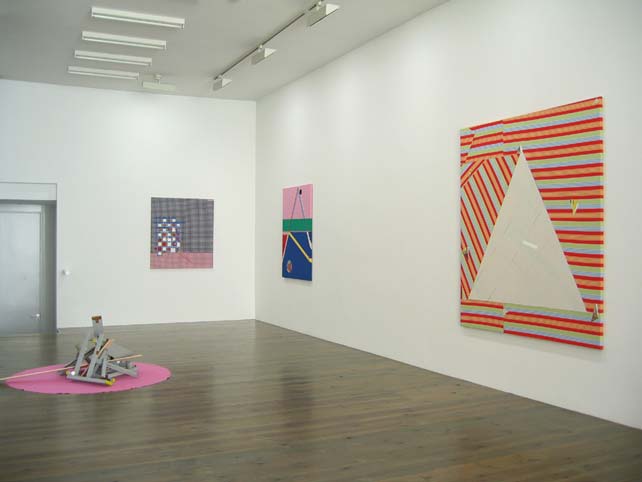 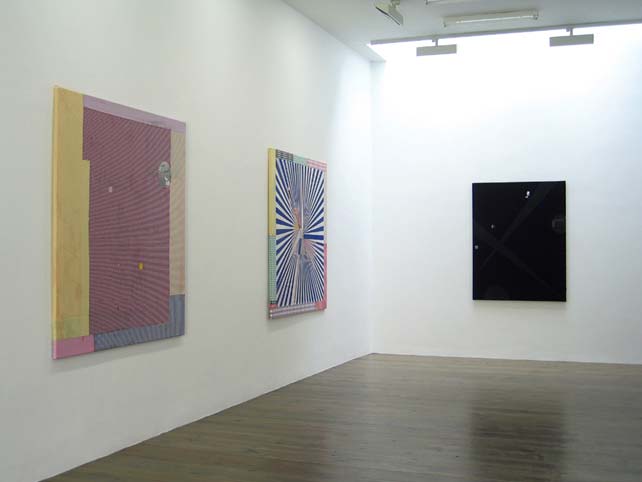 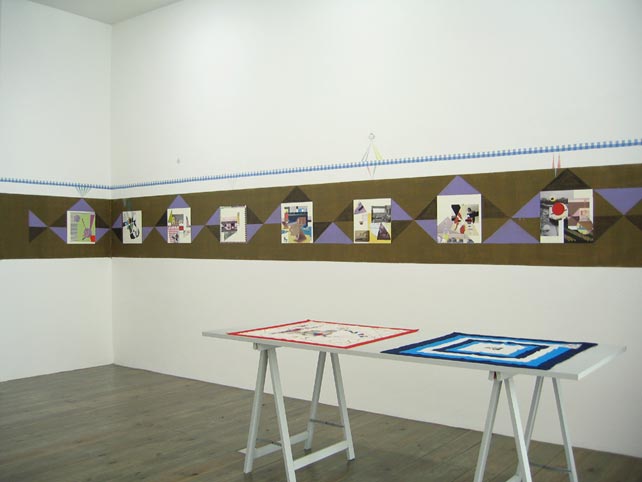 Slewe Gallery is pleased to announce the opening of the exhibition Ghostpainting by Dutch artist Paul Drissen. The opening will be Saturday May 19. The exhibition will run until June 16, 2007.

Drissen makes paintings with casein tempera on canvas. He uses elements from the modernist tradition in an almost nostalgic way. He called his new series of paintings therefore Ghostpaintings. Actually they look more like collages than classic paintings. Sometimes found cotton cloth or pure wooden lath stretchers are used as carrier for his images. Traces of corrections, some broken lines and forms recall modernist painting as a nostalgic desire.

Drissen, born in 1963 in Oirsbeek (NL), lives and works in Maastricht. After his study at the Ateliers 63 in Haarlem he started exhibiting at Art & Project Gallery. He had museum solo shows at the Bonnefantenmuseum in Maastricht, the Gemeentemuseum Den Haag and at the Stadsgalerij Heerlen in 2004, on which occasion a catalog has been published entitled Melodernia. His work has been collected by several important private and public collecions such as the Stedelijk Museum Amsterdam, Bonnefantenmuseum, Maastricht, Gemeentemuseum Den Haag and Stadsgalerij Heerlen. 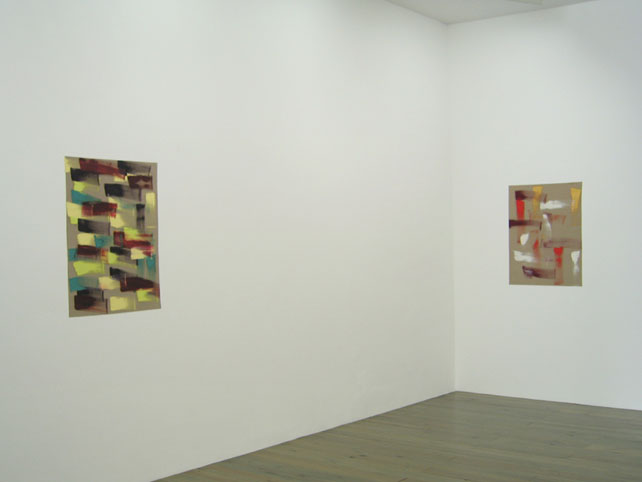 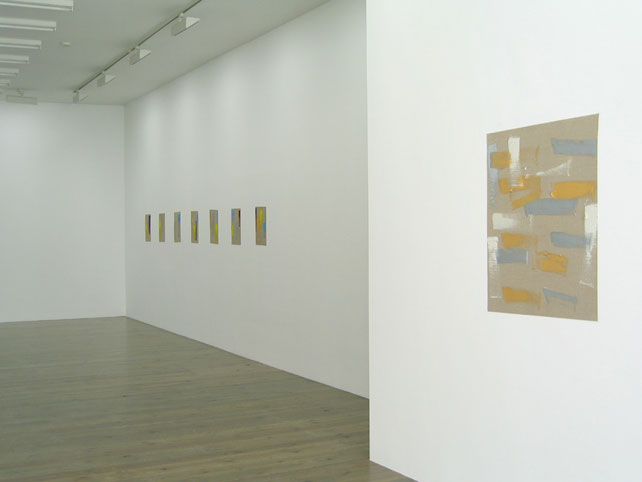 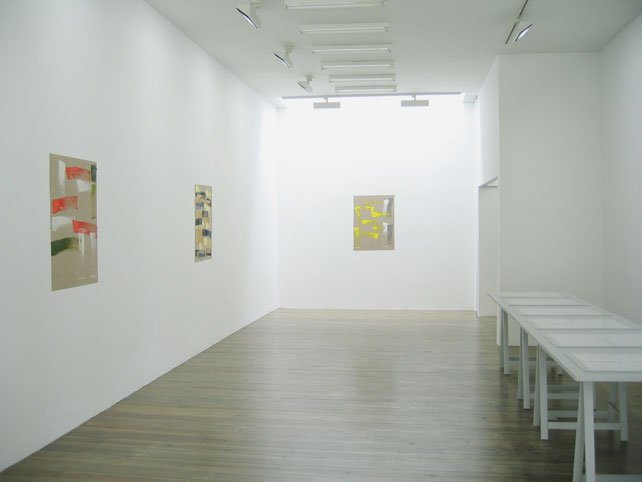 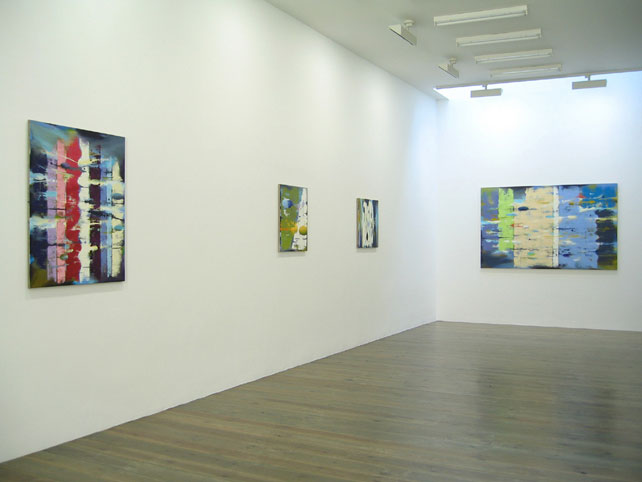 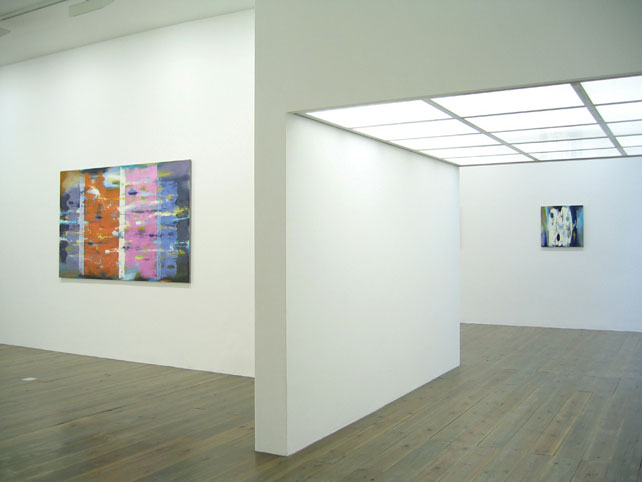 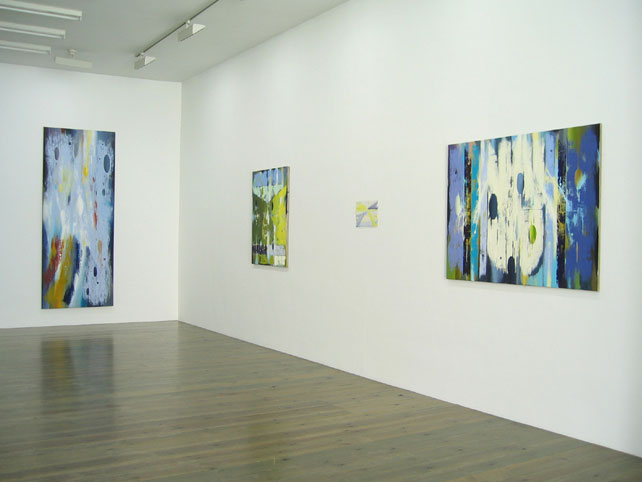 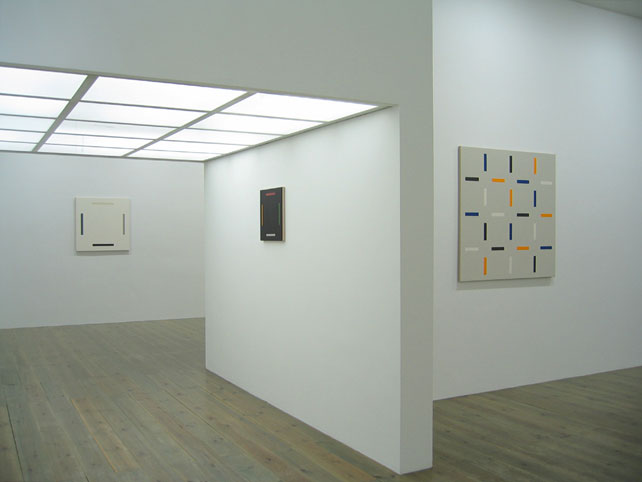 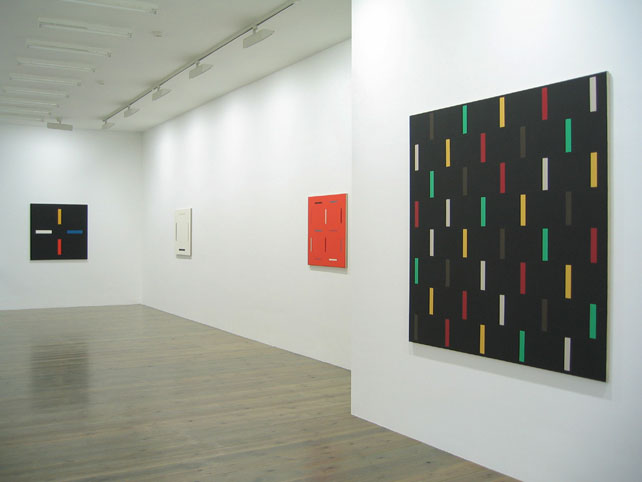 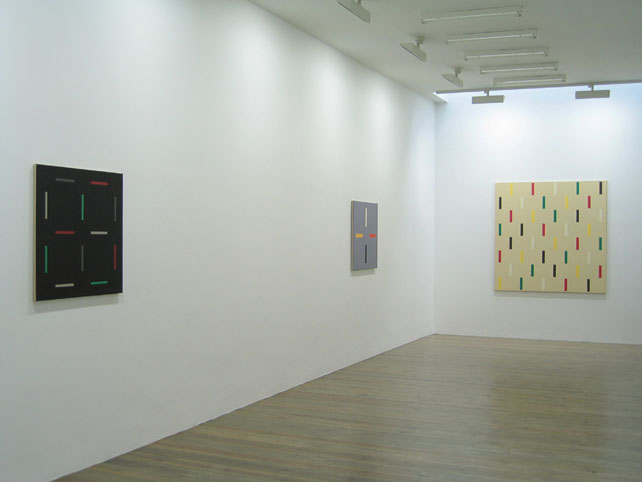