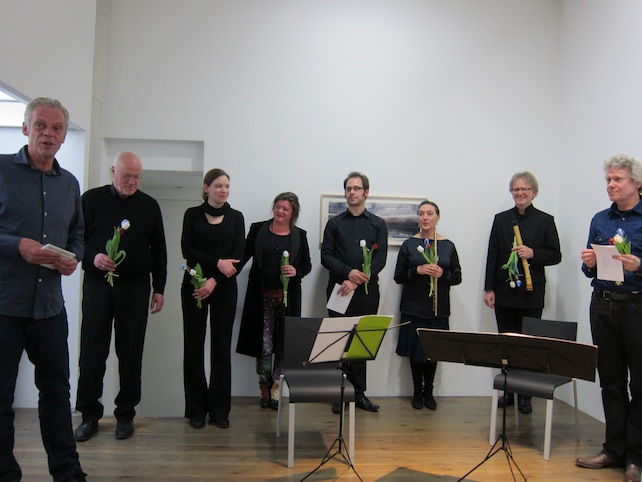 Tuesday March 25 a concert with some new music compositions by both visual artist and composer Joris Geurts has been performed at Slewe Gallery. On this occassion his newly produced CD Colored Time has been released. The concert was held along his similar entitled exhibition, which runs until April 12, 2014.