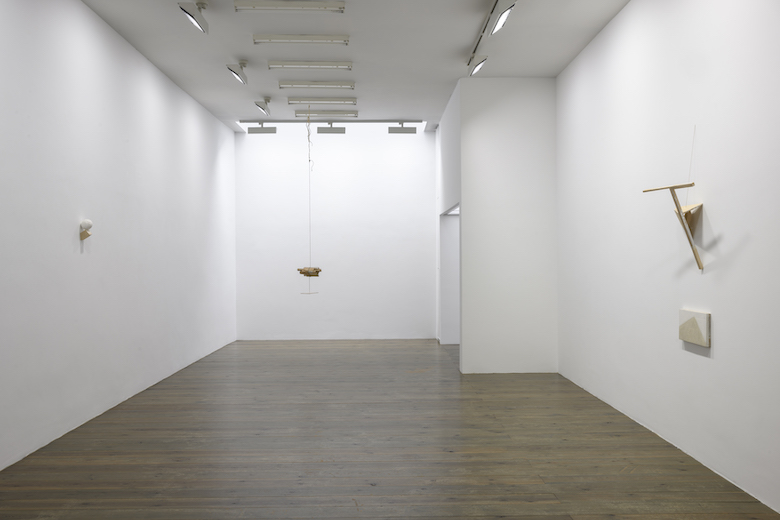 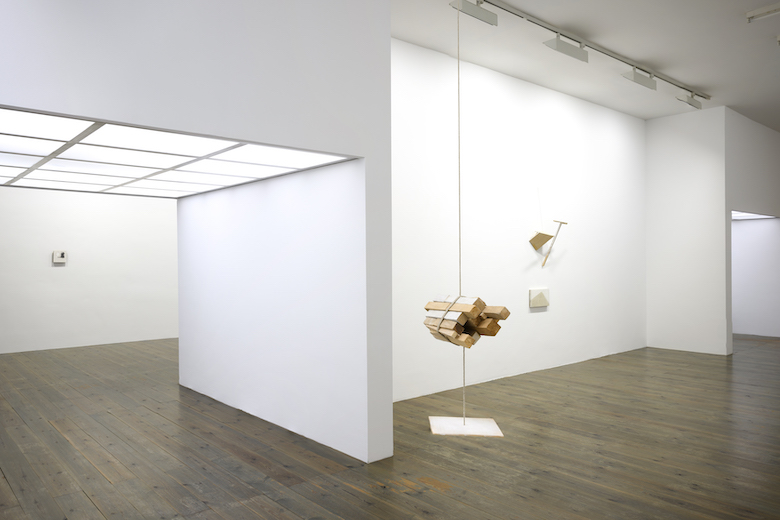 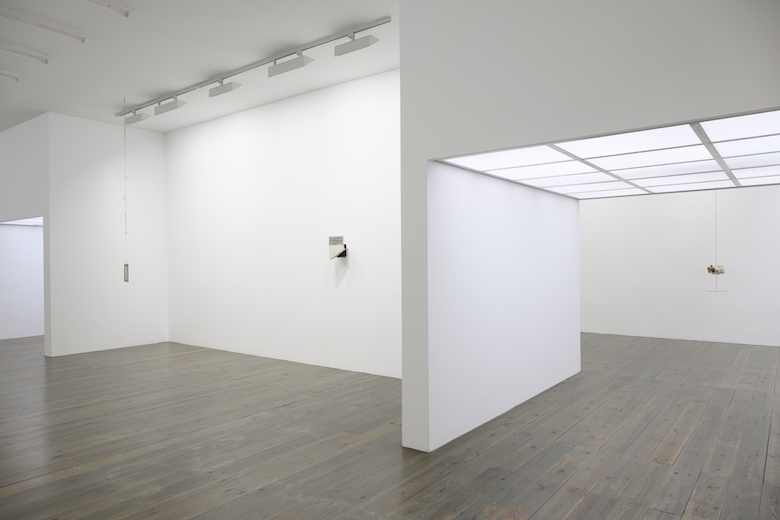 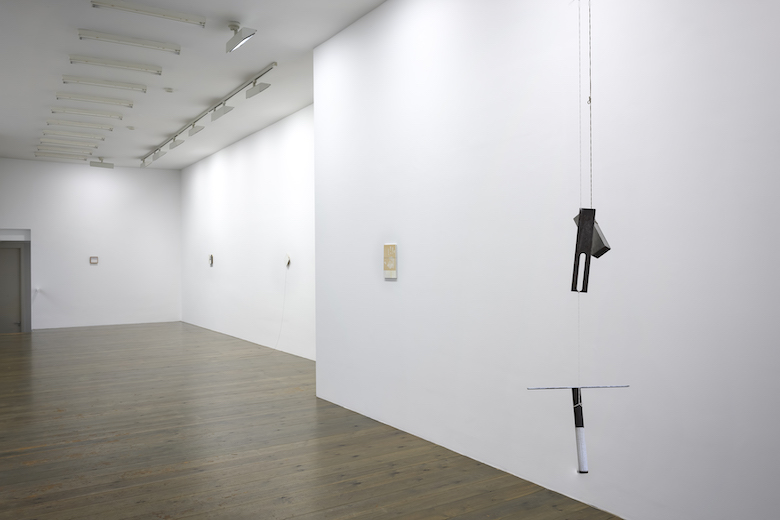 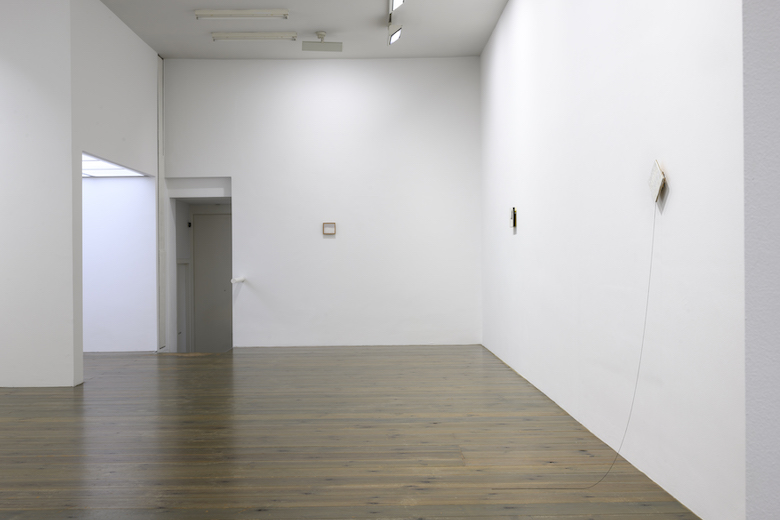 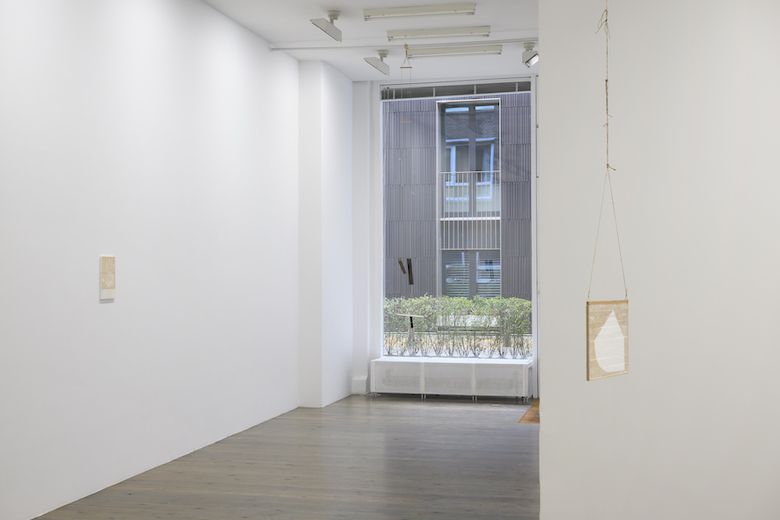 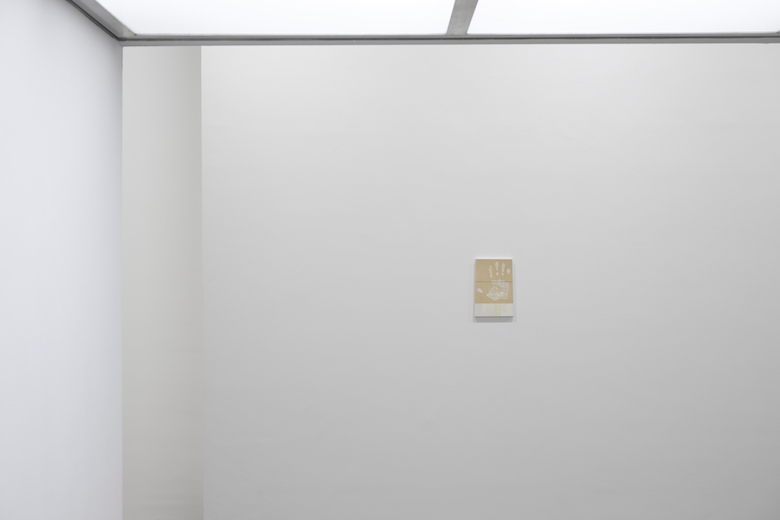 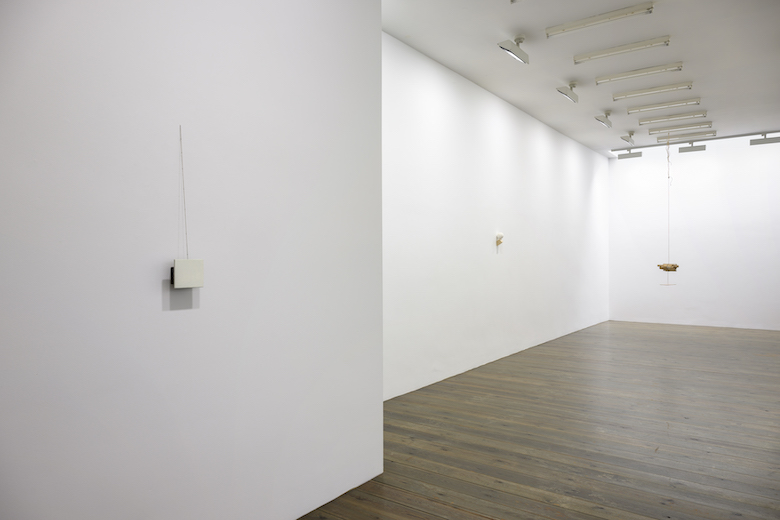 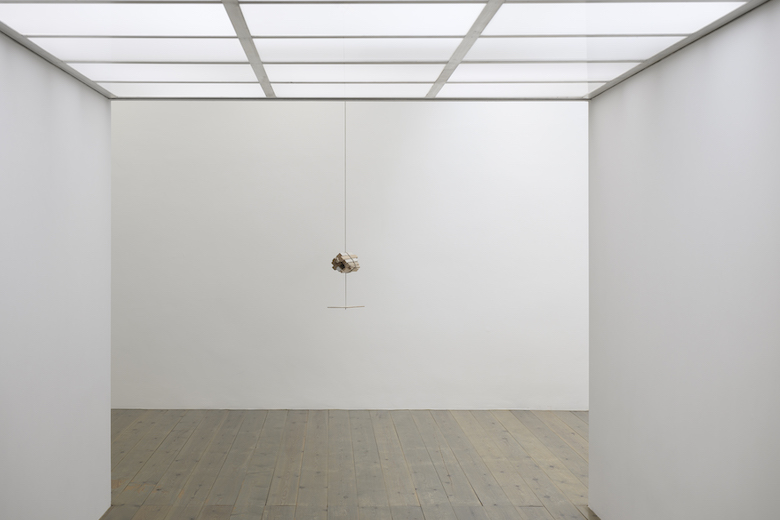 Slewe Gallery is pleased to announce the opening of the exhibition INTERIOR’S by Paris-based artist Paul Wallach. It will be his first solo show at the gallery. The exhibition shows a selection of his new wall mounted sculptures. These intimate and poetic works play with gravity, material, and suspension. The exhibition will open Saturday December 3 and will last until January 14, 2023. An interview with the artist by art critic Robert van Altena you can listen to here.

Wallach’s wall sculptures are primarily composed of diverse yet simple materials such as plaster, wood, glass, canvas, paint, paper, and steel, which are carefully interlinked to create balanced tension. Wood is often central to Wallach’s work, serving as the supporting mechanism for the suspended structures. Wallach creates unity between his work and their surrounding space through absence: carefully orchestrated gaps in his structures allows for the free movement of space within and around the works, which in turn blurs boundaries between inner and outer.

Paul Wallach was born in New York in 1960. He studied Art at the University of Wisconsin, and Applied Arts at Boston University, after which he moved to Florence for a year to live and work. On his return to America, he was awarded a fellowship in Visual Arts from Pennsylvania Council on the Arts, before working as an assistant to Mark di Suvero for three years in the late 1980s. Wallach spent two years in Düsseldorf and since 1994 he lives and works in Paris. In 1995 the exhibition Present Tense took place at the Museum Folkwang in Essen, Germany. In 2002 the exhibition Reason and Rhyme was shown at the Gemeentemuseum in The Hague. He was a participant in the World Trade center Memorial Competition in 2003 and in 2007, he was a recipient of the Josef and Anni Albers Foundation residency program. The Musée d’Art Modern Saint Etienne, France showed his exhibition Where What Was in 2014. The monumental outdoor work Down to the Ground has been commissioned by the Salzburg Foundation in 2018 to which you can follow the link to the livestream: https://salzburgfoundation.at/kunstprojekt-krauthuegel/. Paul Wallach’s work has been shown in numerous exhibitions in Europe and America.