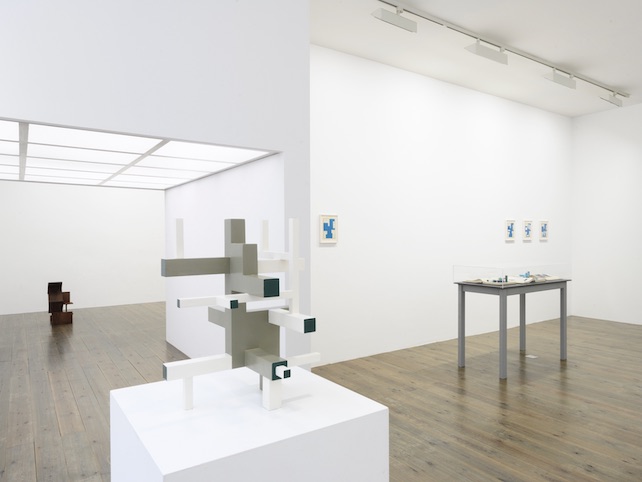 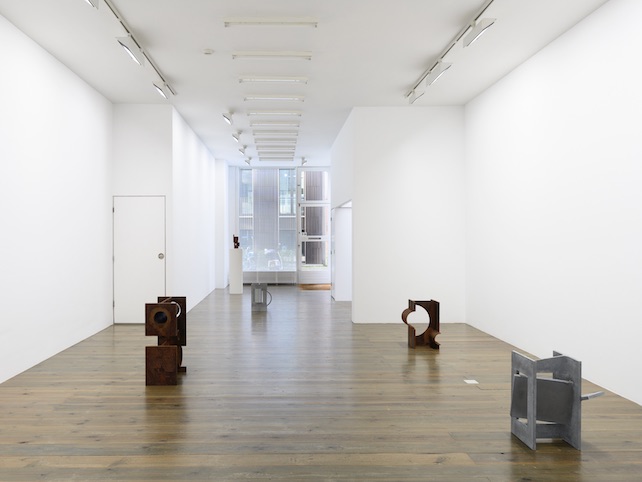 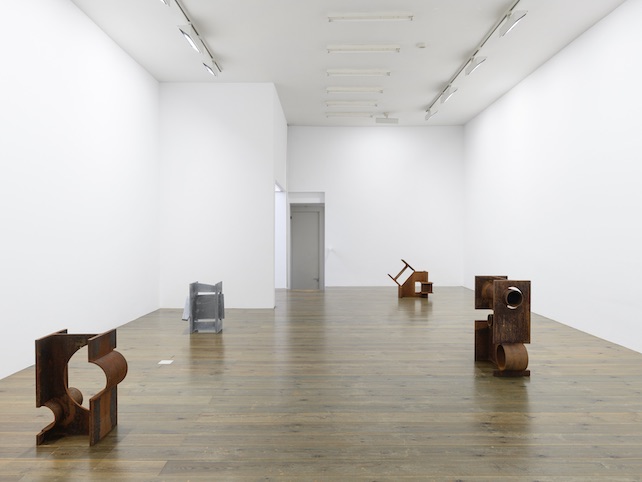 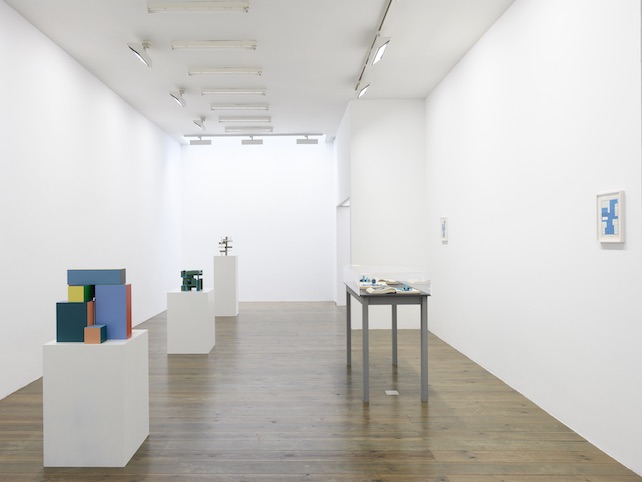 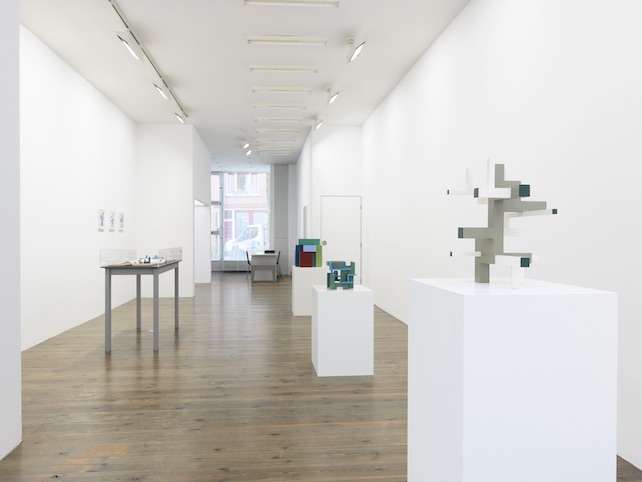 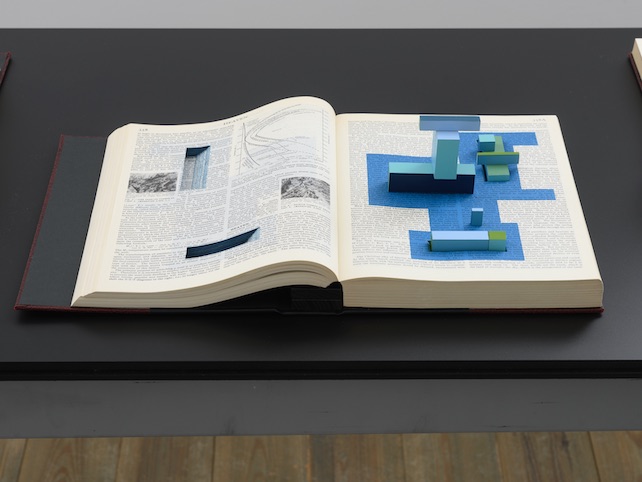 During Amsterdam Art Gallery Weekend (26-29 November) Slewe Gallery is pleased to open the exhibition of small sculptures by two Dutch artists: Krijn de Koning (*1963) and Ruud Kuijer (*1959). Both artists are known for their large-scale abstract sculptures throughout the Netherlands and abroad. Krijn de Koning for his colourful site-specific architectural installations and Ruud Kuijer for his classic abstract sculptures made of steel and concrete. In this exhibition Kuijer will show a new series of middle-sized iron I-beam sculptures. De Koning will present some new small interactive objects that you can tumble on each side as well as a new multiple, Volumes and Voids, produced in collaboration with Collect Editions.

Krijn de Koning deals with the question how we experience architectural space. Most of the time De Koning creates site-specific work that questions the specific characteristics of a given location. More than spatial interventions these works are homogenous structures that can best be defined as sculpture, but also incorporate the qualities of painting and architecture. In this exhibition some small sculptures, a kind of models, will be shown. De Koning gives us, the public, an interactive role in the possibility of tumbling and playing around with the elements of sculpture and composing your own sculpture.

De Koning studied at the Ateliers 63 in Haarlem and Institut des Hautes Etudes et Art Plastiques in Paris. In 2007 he received the prestigious Sikkens award. He participated in many international exhibitions, such as in the Folkestone Triennial in 2014 and the Art Triennial of Beaufort in Oostende in 2009. He realized huge installations at the Nieuwe Kerk in Amsterdam in 2010, at Musée des Beaux–Arts de Nantes in 2011 and in the submarine-base in Saint Nazaire in 2018. Currently he has a large installation at Compton Verney’s park, nearby Birmingham. His work has been collected by several important private collections, such as the collection of Jean-Philippe & Françoise Billarant and public collections, such as the Stedelijk Museum Amsterdam, Museum Boijmans, Centraal Museum and AkzoNobel Art Collection in the Netherlands and the FNAC and FRACs in France.

Ruud Kuijer is known for his series of large concrete sculptures along the banks of the Amsterdam Rijnkanaal in Utrecht, the so-called Waterworks. For these casts he uses plastic waste material, such as ordinary plastic bottles and boxes that we use every day. The forms of these found objects are stacked and linked into his abstract assemblages. The artist considers concrete a sustainable material and a modern variant of bronze. In addition to concrete he also works in iron, as in these I-beam sculptures. The I-beam has a limited history in art and challenges him to many new possibilities. A single piece of I beam is always the starting point. Kuijer opens the I-beam, he breaks the symmetry of the block and creates a three-dimensional ‘new’ sculpture by cutting and assembling this hard material.

Kuijer lives and works in Utrecht. He studied at the Koninklijke Academie voor Kunst en Vormgeving in Den Bosch and the Jan van Eyck Academy in Maastricht. His works are collected internationally by private and corporate collectors, as well as museums, such as the Centraal Museum in Utrecht, Kunstmuseum The Hague, Stedelijk Museum Amsterdam, Museum Beelden aan Zee in Scheveningen and Bonnefantenmuseum in Maastricht. In the summer of 2017 several of his works were included in Art Zuid, the international sculptural route in Amsterdam curated by Rudi Fuchs.