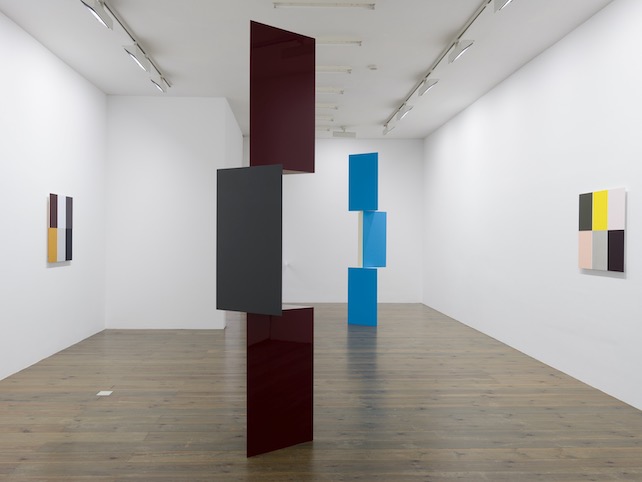 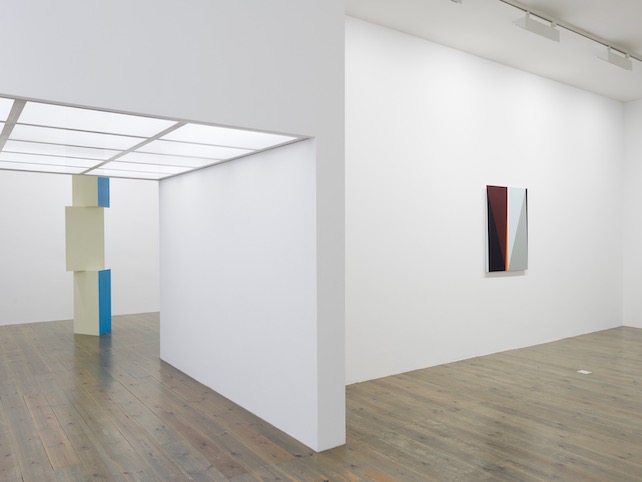 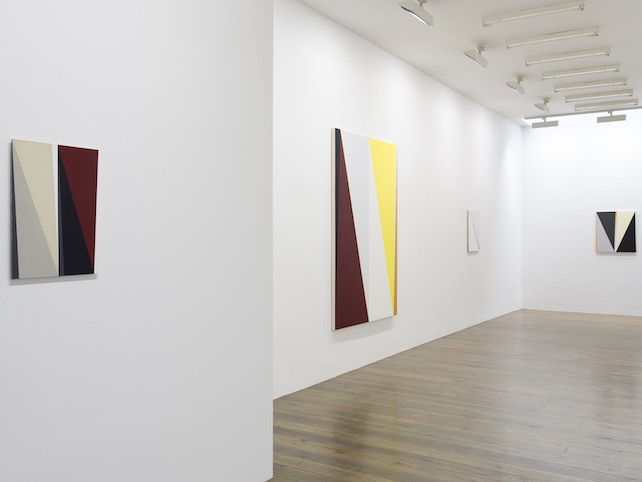 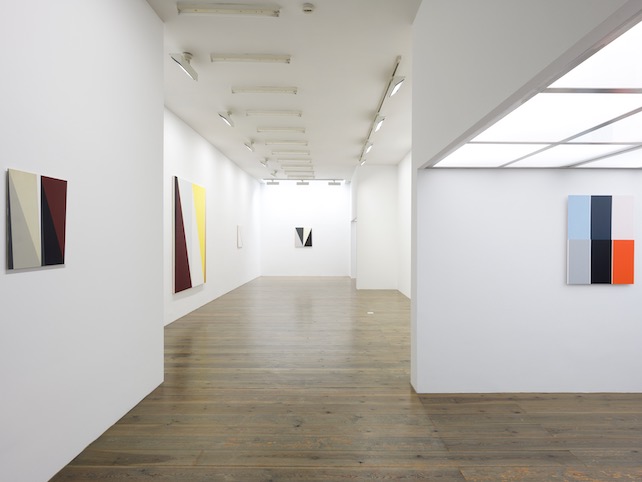 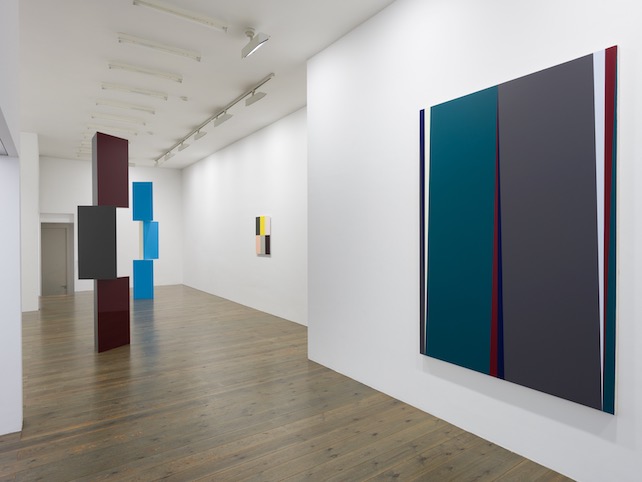 Slewe Gallery starts the new season with an exhibition of new works by German artist Martin Gerwers (*1963). The exhibition opens Thursday September 3 and runs until October 10.

Gerwers, known for his monumental abstract geometric paintings, will show a new series of paintings with oblique lines and planes, and some triangular three-dimensional objects. These wooden structures of a stack of three triangular shapes are painted in his well-known subtle color range of different yellow, dark red and blue-gray.

Martin Gerwers lives and works in Düsseldorf. After his study at the Art Academy in Düsseldorf, he exhibited at Konrad Fischer and at Galerie Tschudi in Glarus and Zuoz (CH). Since 1999 he exhibited at Slewe Gallery at a regular base. His work is part of several prominent private and public collections, including the Stedelijk Museum Amsterdam. In 2013 he had an exhibition in the project hall of the Kunstmuseum in The Hague and in 2015 he had a solo exhibition at the Leopold Hoesch Museum in Düren. In 2018 he was commissioned to make a large art work at the Daimler office in Berlin.

You can listen to an interview with the artist on his new works by Robert van Altena here.