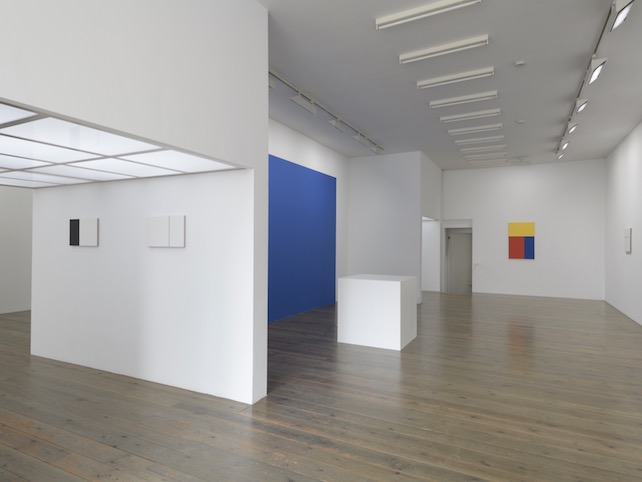 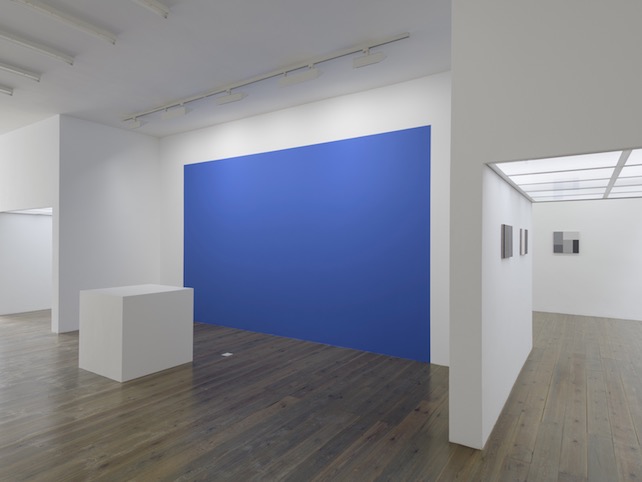 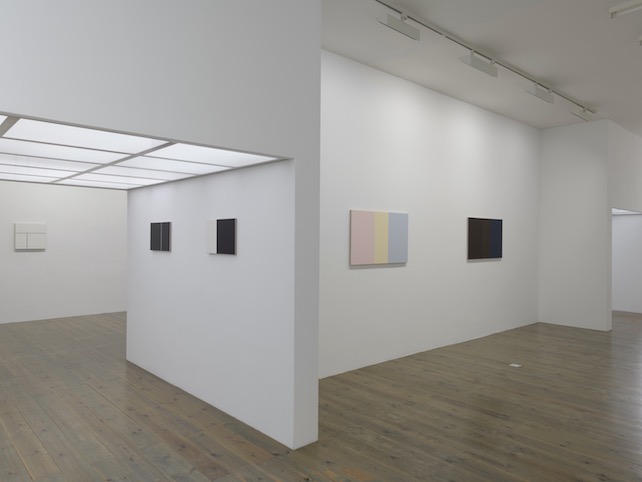 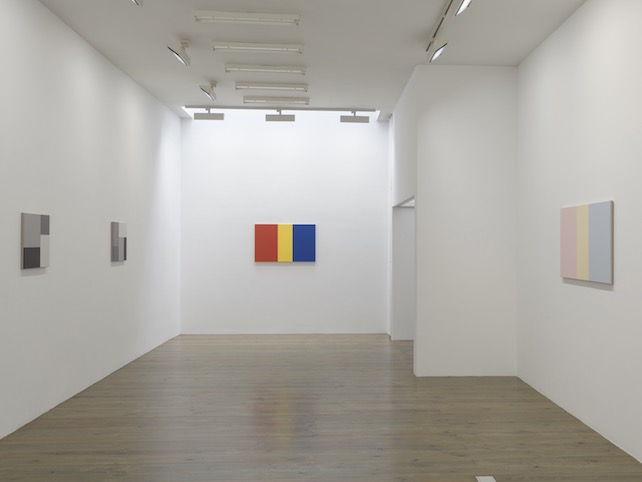 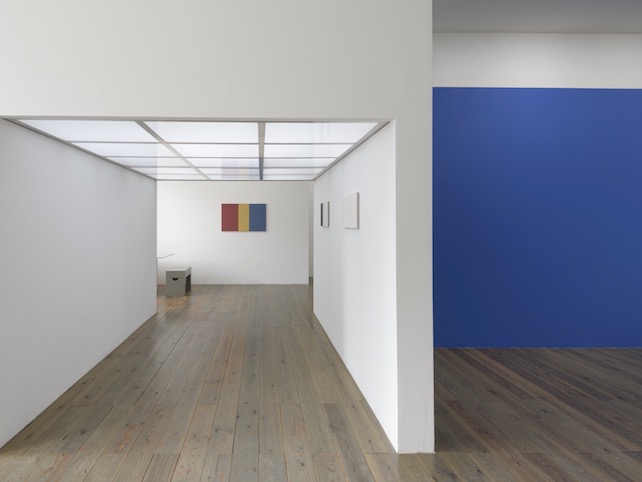 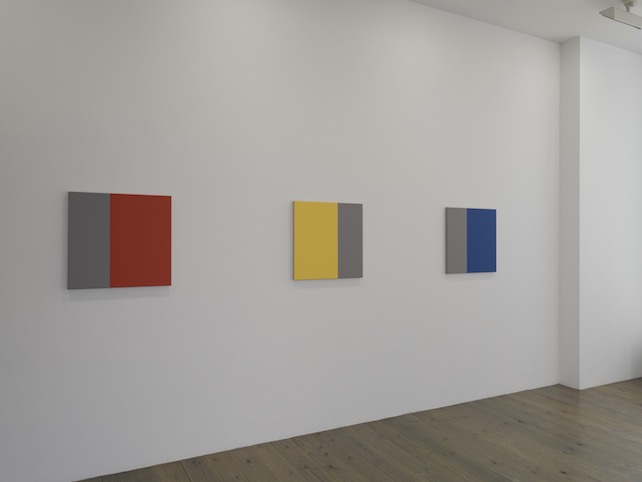 Slewe Gallery is pleased to announce the opening of In Search of Red, Yellow and Blue by Steven Aalders, on Saturday November 4, in which he presents the results of his residency at the Van Doesburghuis in Meudon near Paris this summer. At 17.30 Wies van Moorsel, heir and niece of Nelly van Doesburg, will open the exhibition. During Aalders’ four-month stay in the famous studio house of the founder of De Stijl movement, he explored the concept of the Golden Section in relation to the primary colours. As an homage to Theo van Doesburg, the artist will place a white painted cube central in the gallery. A brochure with an illustrated text by Aalders on Van Doesburg, designed by Irma Boom, will be published to accompany the exhibition. The show will be open during Amsterdam Art Weekend (23-26 November) and will remain on display until December 23.

Three new series of paintings will be shown. In one of the series, the surface of the paintings is gradually divided into multiple planes following the Golden Section ratio in different shades of grey. These are acquired by mixing only the three primary colours, red, yellow and blue and white to a neutral grey, without using any black. Another series shows the primary colours, red, yellow or blue, each in relation to a mid-tone grey. These series are related to Van Doesburg’s colour theory in which he proclaims that the colour grey gives a platform for bright colour planes. The third series shows two squares interpenetrate each other, dividing three primary-colour planes in different shades, from bright to dark and greyish tones.

Aalders is known for his carefully hand-painted geometric abstract oil paintings. He evokes the history of modern abstraction, referring to the origins of constructivism and minimal art. His work is an attempt to create light and space through paint. Modernist serial principles, such as repetition and uniformity, are both related to older traditions in Western art and non-Western abstract art. Different colour concepts are being investigated. The multi-layered oil paintings demand a concentrated eye from the beholder.

Steven Aalders, born in 1959 in Middelburg (NL), lives and works in Amsterdam. He studied in London at Croydon College of Art and at Ateliers 63 in Haarlem (NL). In 2002 he had a solo exhibition entitled Vertical Thoughts at the S.M.A.K. in Ghent, Belgium and in 2010 his exhibition Cardinal Points opened at the Gemeentemuseum The Hague, on which occasion a catalogue was published with an overview of fifteen years work. In spring 2017 De vijfde lijn. Gedachten van een schilder was published by Prometheus, Amsterdam and in autumn 2017 The Fifth Line. Thoughts of a Painter will be published by Koenig Books, London. His work is internationally collected by both private and public collections, such as the Stedelijk Museum Amsterdam, AKZO Nobel Art Foundation, ABN AMRO Art Collection, Caldic Collection/ Museum Voorlinden, Museum Over Holland and Museum Kurhaus Kleve.